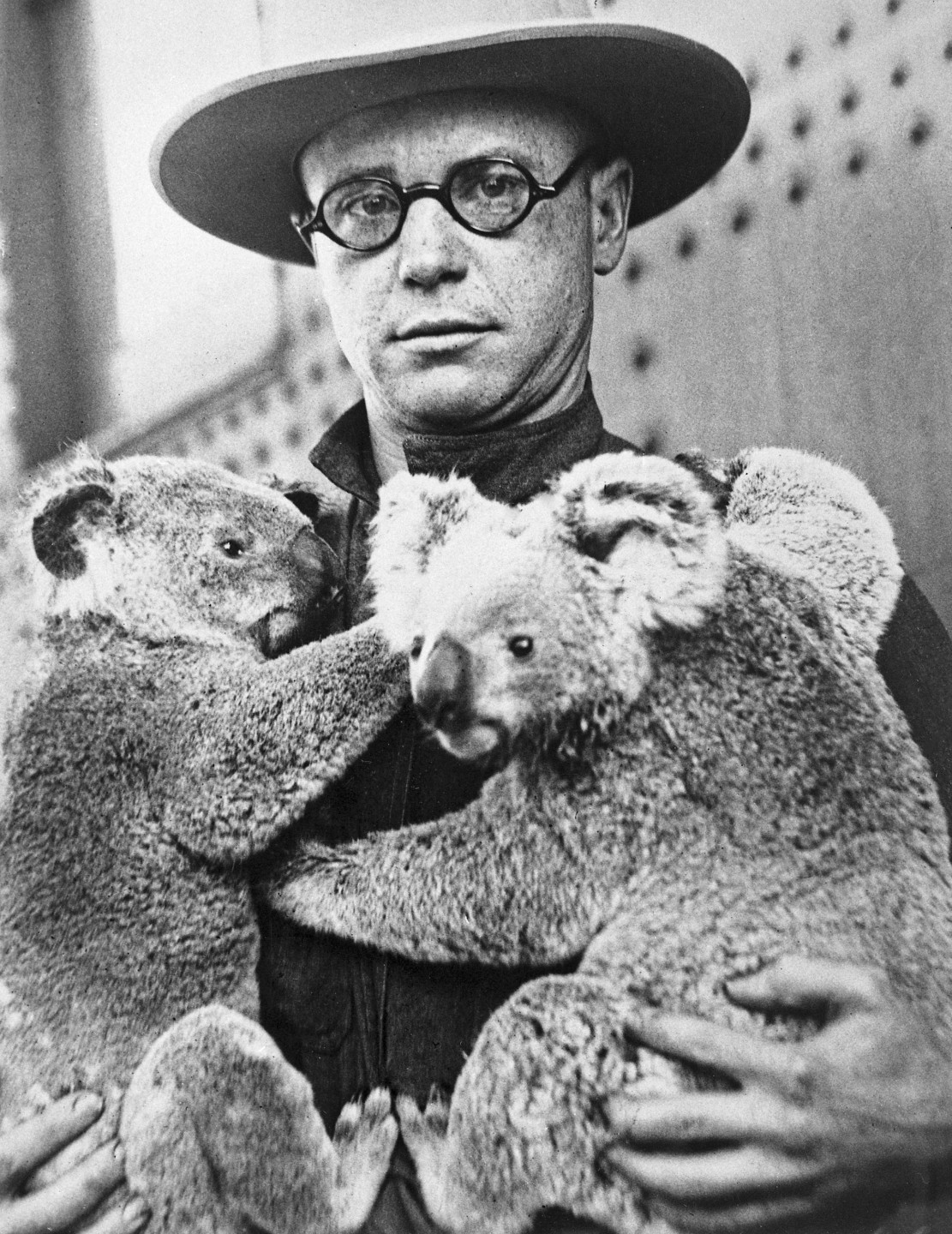 Faulconer made it to Sydney, and enjoyed a respite there before it was time to load up the Australian animals and return. But the animals he had wanted the most weren’t there: no koalas. The Australian government had not granted the permits to remove this species from the country.

Faulconer said later that he just decided to swallow his disappointment and be grateful for all the other amazing animals he was going to bring back to San Diego. Then at the last minute, when the ship was getting ready to leave, a small truck came racing down to the harbor, beeping its horn. On its side was a sign that read “Koalas from the children of Sydney for the children of San Diego.” The permits had been granted, and the San Diego Zoo was getting koalas!

The koalas were named Snugglepot and Cuddlepie (seen here with Zoo curator Richard Addison), after the characters in an Australian children’s book. They were a huge hit at the Zoo, of course, and people came from all over to marvel at these adorable marsupials. They were also the subject of newspaper and radio reports across the country, bringing attention to the young San Diego Zoo.