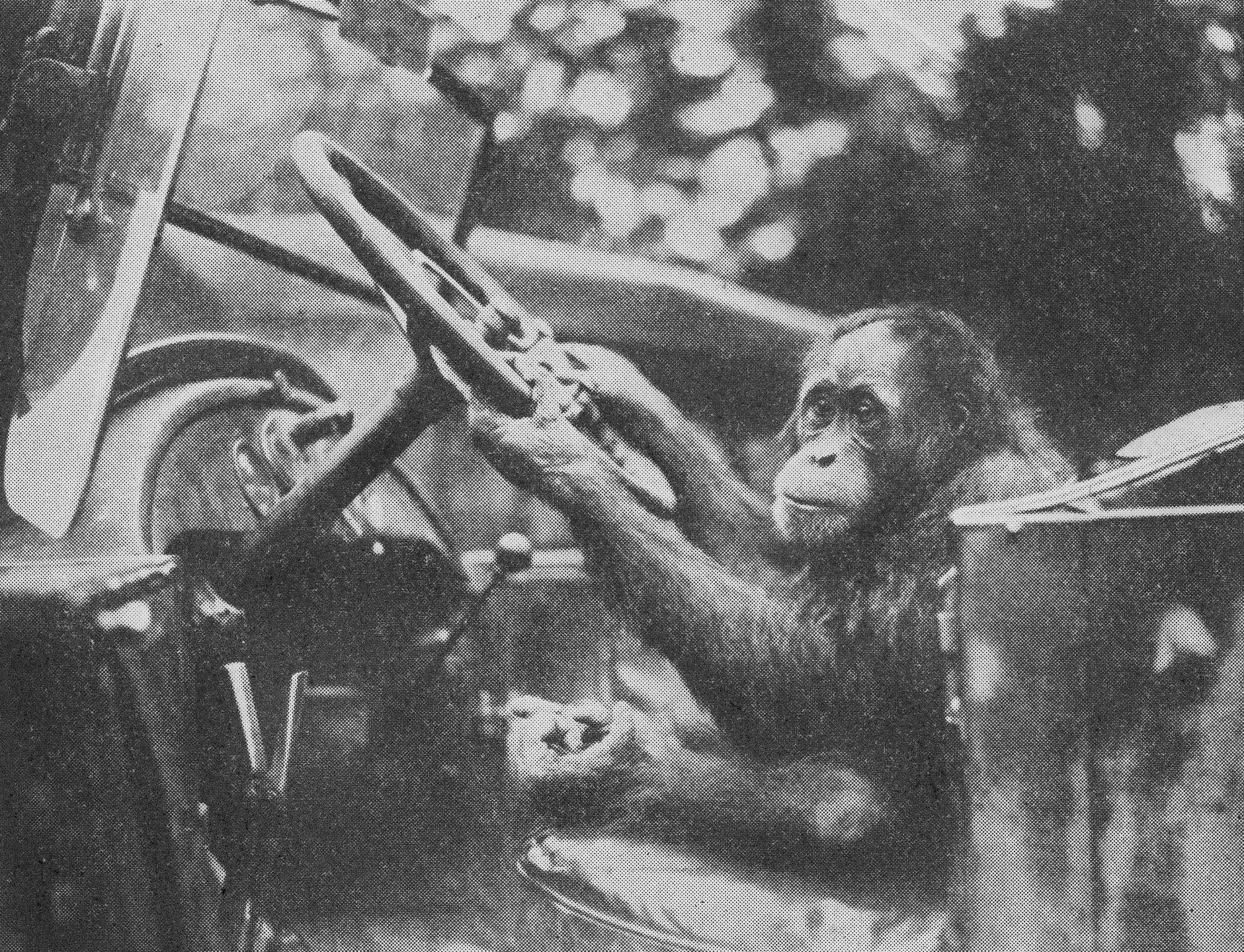 Maggie was one of the San Diego Zoo’s first orangutans. She and another youngster, Little Jiggs, arrived at the Zoo in 1928—in the front passenger seat of a Model T Ford. Both had been hand raised and were used to people, so the caretaker delivering them to the Zoo just settled them in the seat of a car and drove them. Maggie apparently had a fondness for vehicles. While she was still young, Henry, her keeper at the Zoo, sometimes took her for short drives around the grounds in his own car, and Maggie seemed to thoroughly enjoy these jaunts, eagerly looking around and squealing excitedly.

Maggie had another fondness: taking apart gates and fences in her enclosure. She was very good at it, and more than once she was found in the morning taking an unauthorized stroll. One day, Henry and Zoo director Belle Benchley could not find her in any of the usual places and became worried. But Belle had a hunch, and she went to check the employee cars parked near the primate area. As she approached, she heard a horn honking—and sure enough, there was Maggie, in the driver’s seat of Henry’s car, holding the steering wheel and doing her best to get the car to go. She had passed by several other cars very like Henry’s but climbed into the one she considered “hers.”