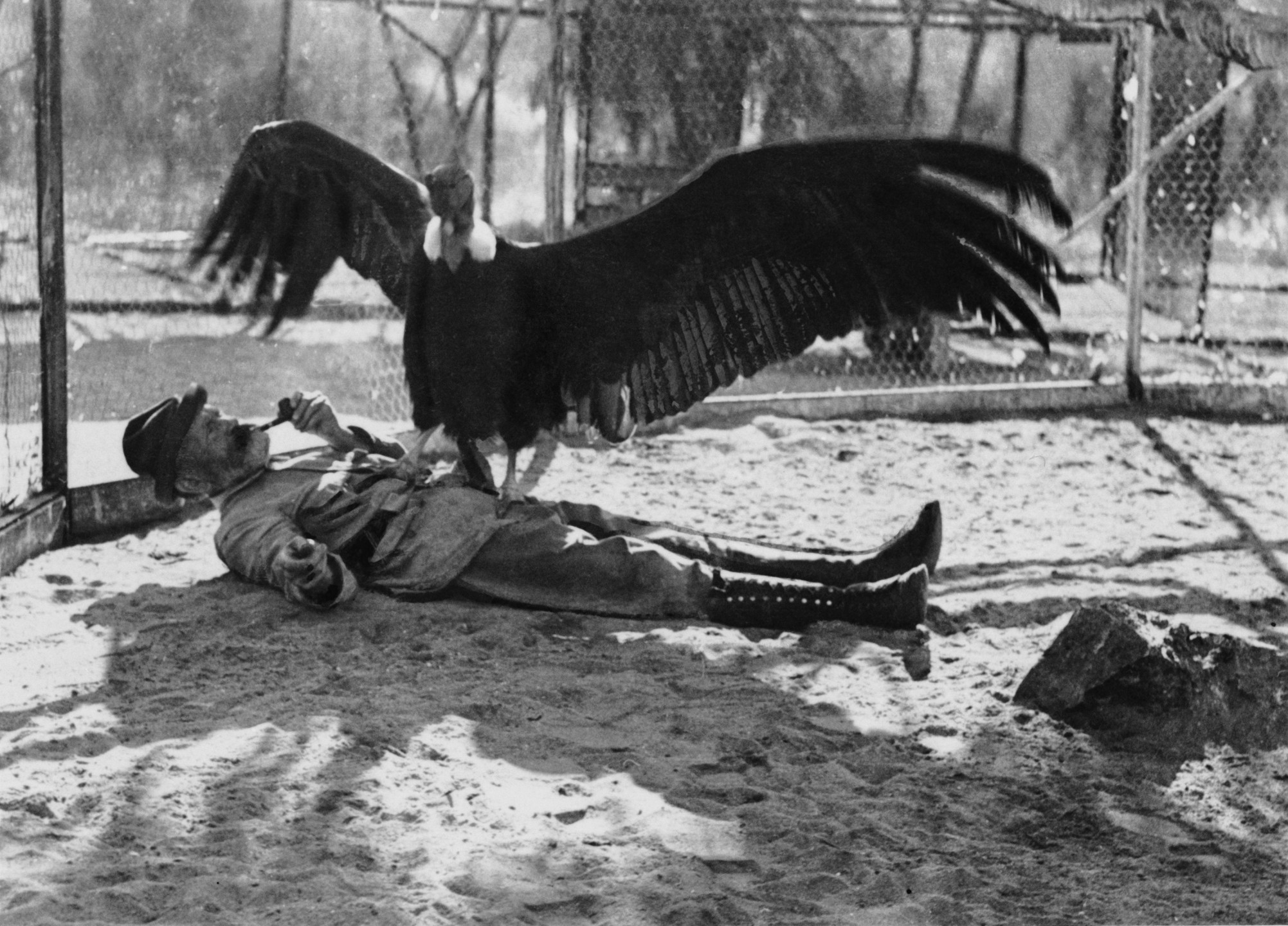 In 1929, a friendly Andean condor came to the Zoo. Keeper Karl Ring was particularly fond of the big bird and teasingly called him Bum, since the condor liked to steal his keys and untie his shoelaces. The two had an unusual game: Karl would lie down on the ground, and Bum would hop over to perch on his chest, wings spread. The effect was a somewhat macabre portrait for visitors walking by, and caused not a few gasps and exclamations. But that just appealed to Karl’s quirky sense of humor.