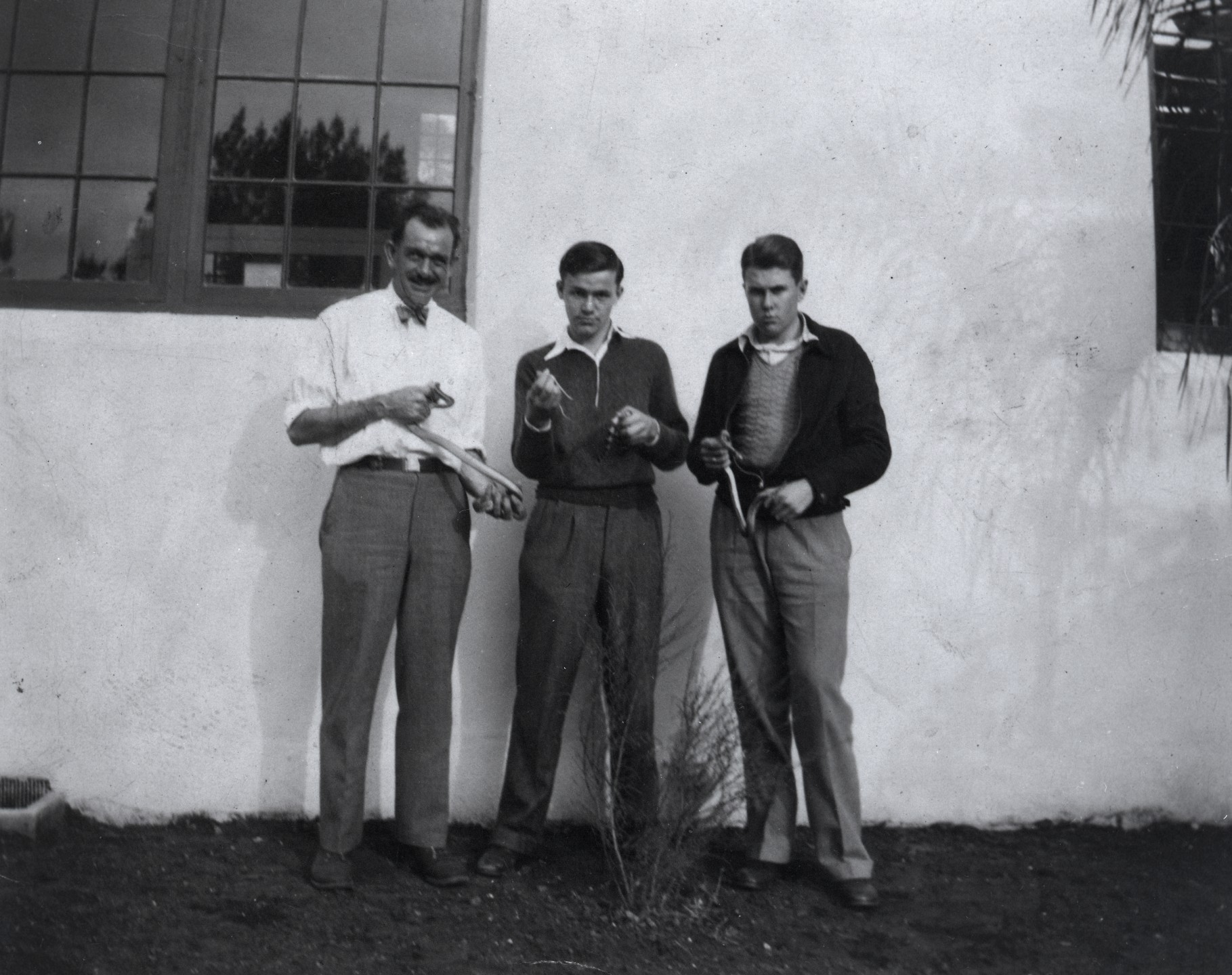 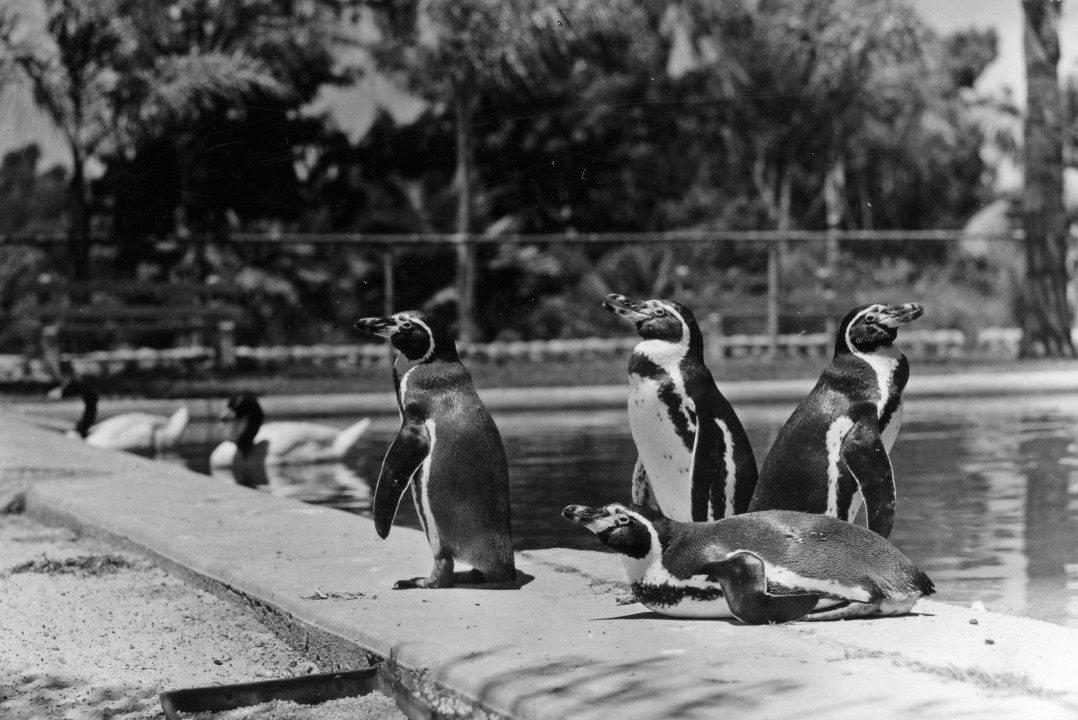 Brought into the Fold

In 1933, reptile curator Cyrus “Si” Perkins (far left) noticed there were a couple of boys spending an inordinate amount of time around the reptile exhibits. But rather than chasing them off, he started talking to them, and discovered they had an avid interest in reptiles, especially snakes. They were in seventh grade, but he put them to work doing small jobs, something they were thrilled to do. As it turned out, that modest start would turn into a lifetime commitment: the two boys were Sheldon Campbell (left, center), who would later become a Zoo board member and a board president, and Charles “Chuck” Shaw (left, on the right), who would become curator of reptiles and assistant director for the Zoo.

Also new to the Zoo that year were a group of Humboldt’s penguins from South America, which eventually took up residence in the Mirror Pool—but only after spending that unusually cold winter in the warm reptile building! Three large, adult Galápagos tortoises also arrived that would live long lives and make their own history: Speed, Diego, and Gertie.