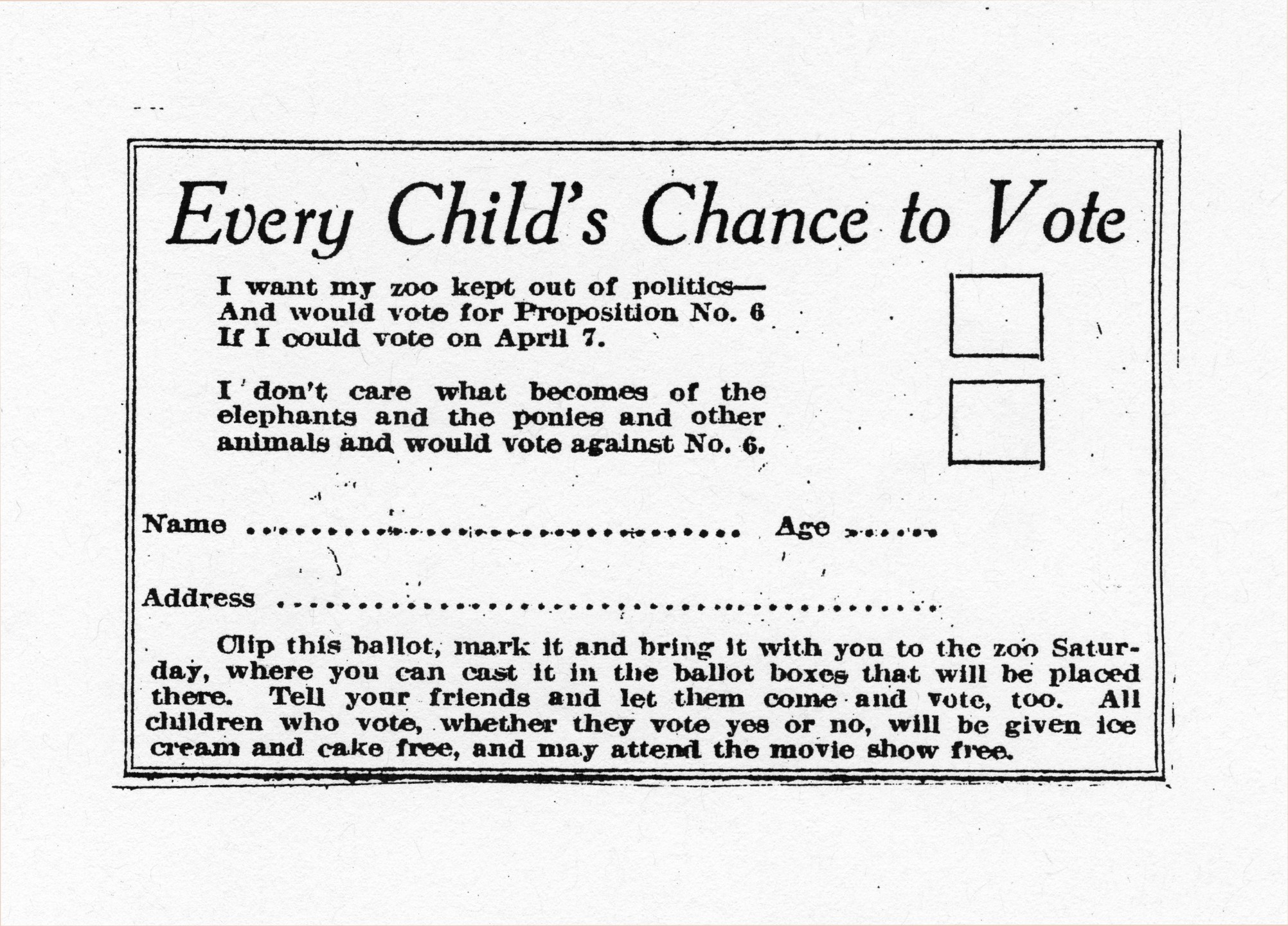 Dedicated to the Children of San Diego

By 1934, the Zoo was showing wear and tear as a result of the struggle to stay afloat.

The Zoo was supposed to be receiving a designated amount of money each year from San Diego County property taxes, a small appropriation that had been approved by San Diego voters not just once, but three times since 1929. However, the city wrote a new charter and left the appropriation amount for the Zoo out of it.

Dr. Harry was fed up with the back and forth politics, which kept the Zoo on precarious footing from year to year. He vigorously appealed to Zoo members and San Diego voters to once again vote in favor of the appropriation to help maintain the Zoo—THEIR Zoo, San Diego’s Zoo.

Shrewdly, he also extended the campaign to children. He printed “ballot” flyers and asked children to show their support by filling them out and bringing them to the Zoo—in exchange for ice cream, cake, and a movie. He took the children’s ballots to City Council meetings, and he included statements in ZOONOOZ urging people to vote in favor of Proposition 6.

To his immense satisfaction, voters approved the proposition, once again by a large majority—for a fourth time! This time, it stuck. The Zoo now had a reliable base budget that it could build on.