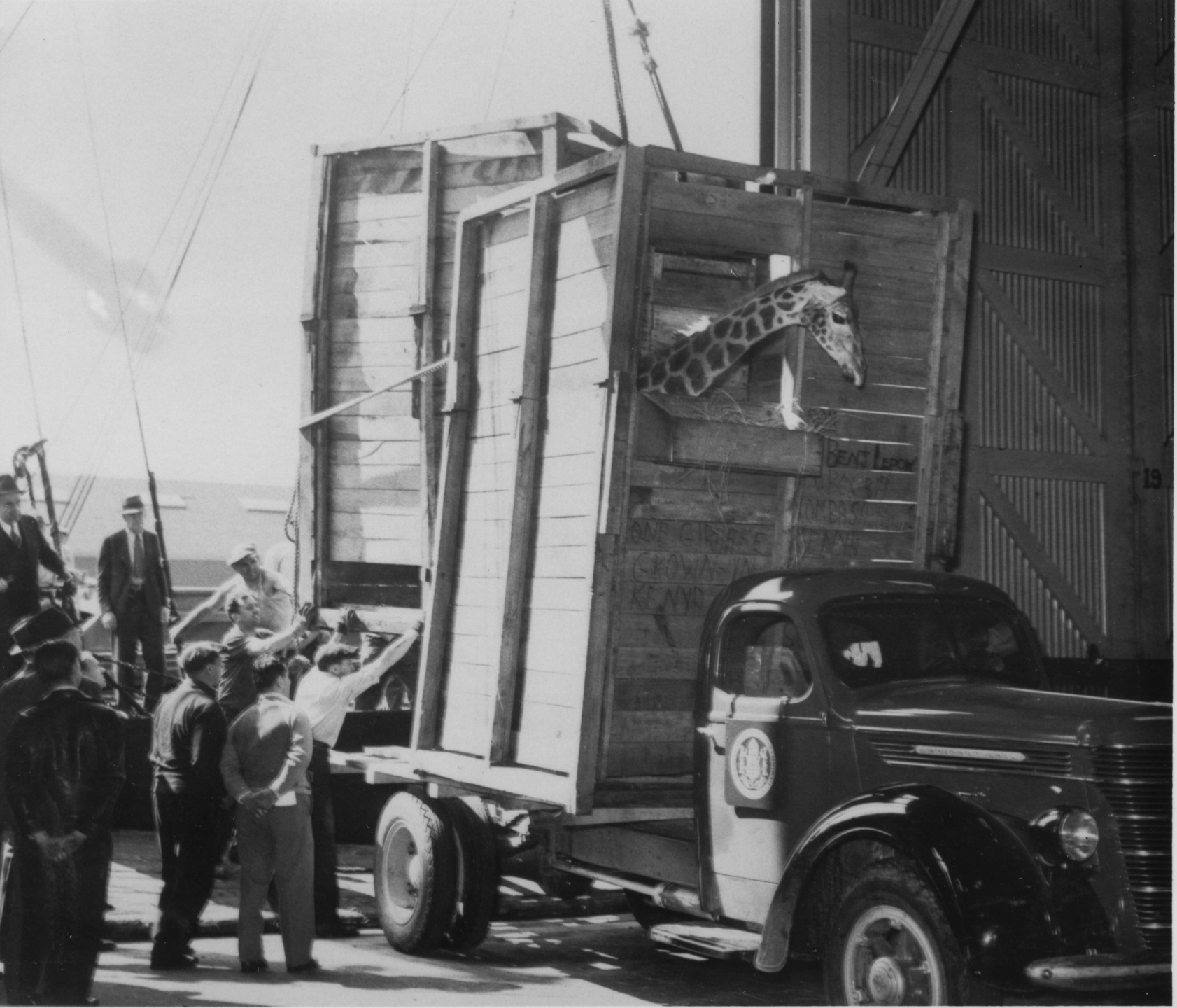 One story about the Zoo that was told in newspapers nationwide was the travels of Lofty and Patches, the Zoo’s first giraffes.

The first part of their journey involved sailing aboard a ship from Africa. As they neared the eastern coast of the U.S., the ship was thrashed about in a hurricane, tumbling their crates and washing all their food overboard! Apparently they subsisted on pancakes that the cook made for them for three days until they got to shore. News of the storm-tossed ship had reached reporters, and they gathered on the dock to get the story. Upon discovering that two of the passengers were giraffes, a whole new set of stories quickly developed.

San Diego Zoo keeper Charley Smith and driver Ed Seuss were also at the dock, having made their way to New York to collect the giraffes. They were enormously relieved to find that their precious cargo was alive. They prepared to transport the animals across the country to San Diego, in the tall, oddly shaped crates that had been custom built for the purpose. Reporters in the cities and towns they went through wrote amusing anecdotes about seeing them on the road, the giraffes peering out of their tall windows at the scenery and cars around them. Sometimes the men even stopped under appropriate food trees and let Lofty and Patches stretch stretch their necks up for an afternoon snack. The peculiar travelers were a sensation everywhere they went—and their story provided some much-needed humor and enjoyment for a nation still struggling from the Depression.