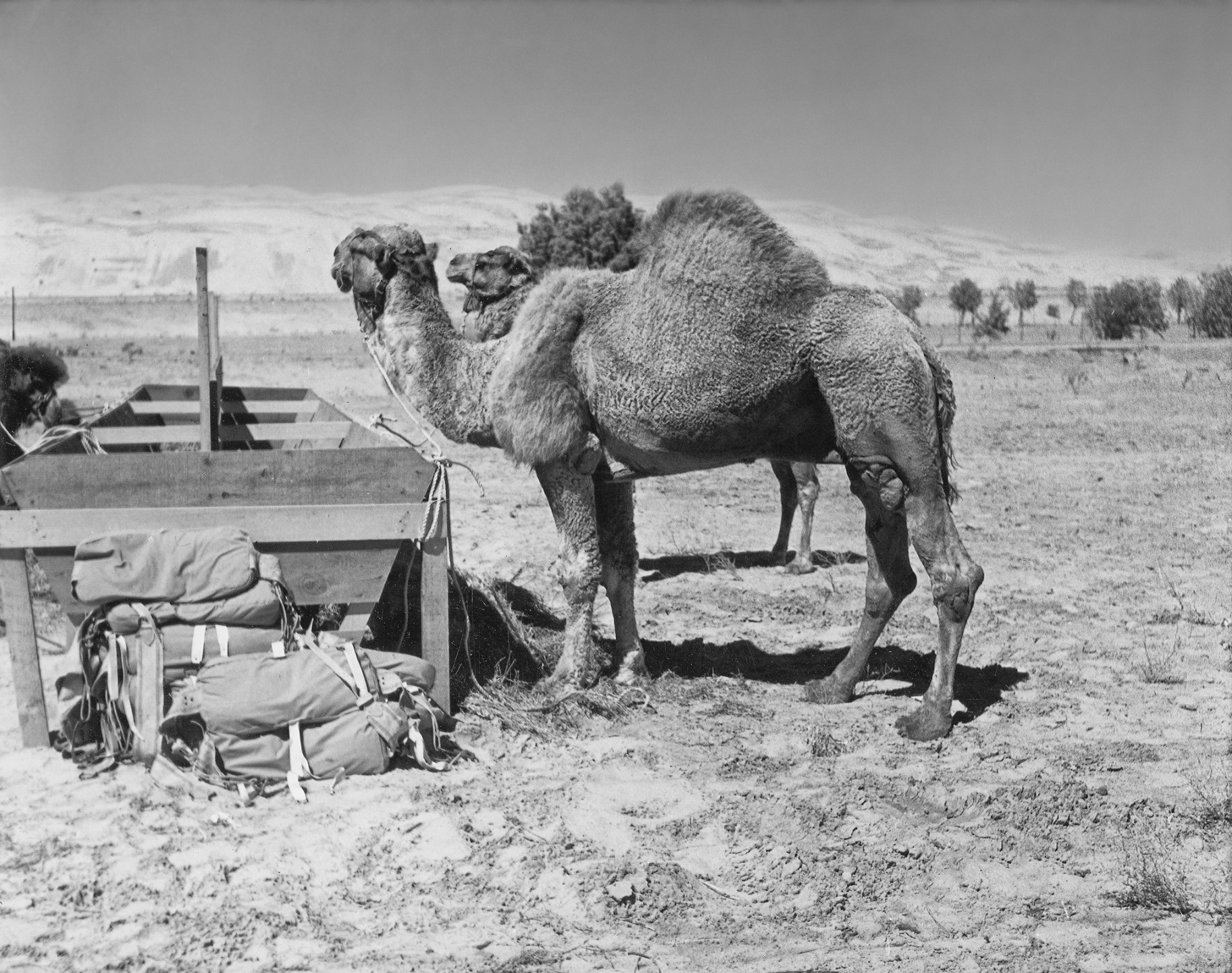 During the early years, several of the Zoo’s animals were loaned to film companies to be used as extras in feature films, earning the Zoo some much-needed funds. Camels proved to be especially popular, since desert stories were often filmed in Yuma, Arizona, and the San Diego Zoo’s camels were easy to gather along the way from Hollywood. Here, Sheik and his companions wait for their screen call on the set of the 1939 Beau Geste.