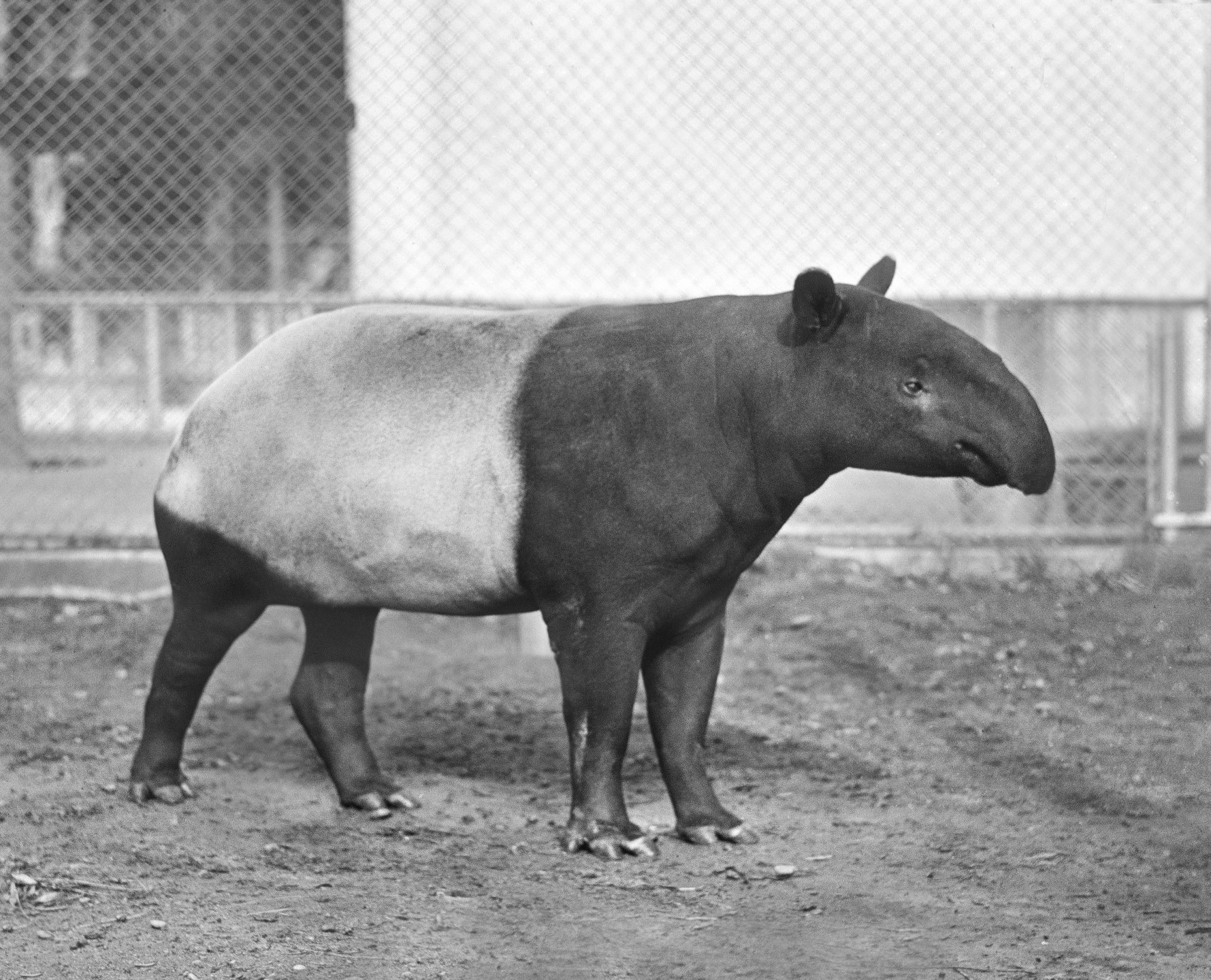 Trudy, a Malayan tapir that Dr. Harry and bird curator Karl Koch brought back on their 1940 animal-collecting expedition, was a talented escape artist. On her first day, she managed to squeeze out of her pen, only to find herself in with two very displeased hippos. That might have deterred most tapirs from wandering—but not Trudy.

Late one night, Belle Benchley’s phone rang with the news that Trudy had disappeared. A flashlight hunt in the Zoo and search of Balboa Park at daybreak turned up nothing. Then a frantic phone call came in, with a hysterical voice screaming that there was a rhinoceros in the sewer, and what was the Zoo going to do about it? Rushing downtown, Zoo staff found a crowd surrounding an opening to a subterranean passage for rainwater, where apparently a worker had been confronted by a “rhinoceros.” He had flung his tools and run for his life. The Zoo’s keepers found it was, indeed, Trudy. They herded her to a larger opening, where she emerged to flashbulbs as the press took her photo for the newspapers.

Staff went to work reinforcing her enclosure, but she managed to snap the lock and headed out for yet another adventure. She was discovered rather quickly as “An indignant woman informed us that there was a wild animal in her backyard. She didn’t like it and would we come out immediately and take it away.” This time, staff reinforced Trudy’s enclosure as if it were Fort Knox.