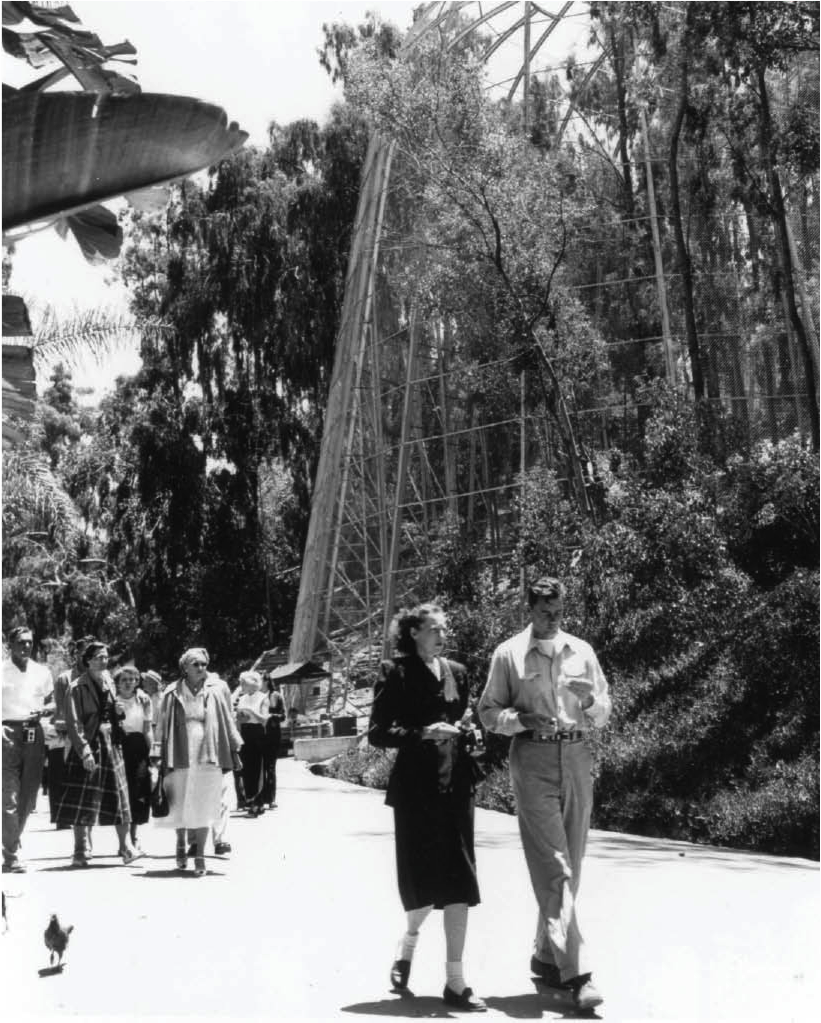 The country was coming out of the war years, and the Zoo saw more publicity than ever, in magazines such as The Saturday Evening Post, Time, and Look. Attendance soared to 734,975 for the year in 1947, the highest yet. Distinguished visitors from zoos and natural history museums across the world visited the San Diego Zoo as wartime travel restrictions were lifted. Americans were moving to the suburbs and televisions were becoming commonplace in living rooms, the mambo was the big dance craze, and stars like James Dean and Marlon Brando were the talk of the town.

Things were humming along on grounds at the Zoo, as well. Ralph Virden, superintendent of buildings and grounds, pointed out in a report that in 1930 the Zoo only had one electric motor, but now they had 60, and in 1930 they had only had one telephone, but now they had 15! It would be a decade of important firsts, proud achievements, and eager optimism. Exciting times lay ahead for the San Diego Zoo.