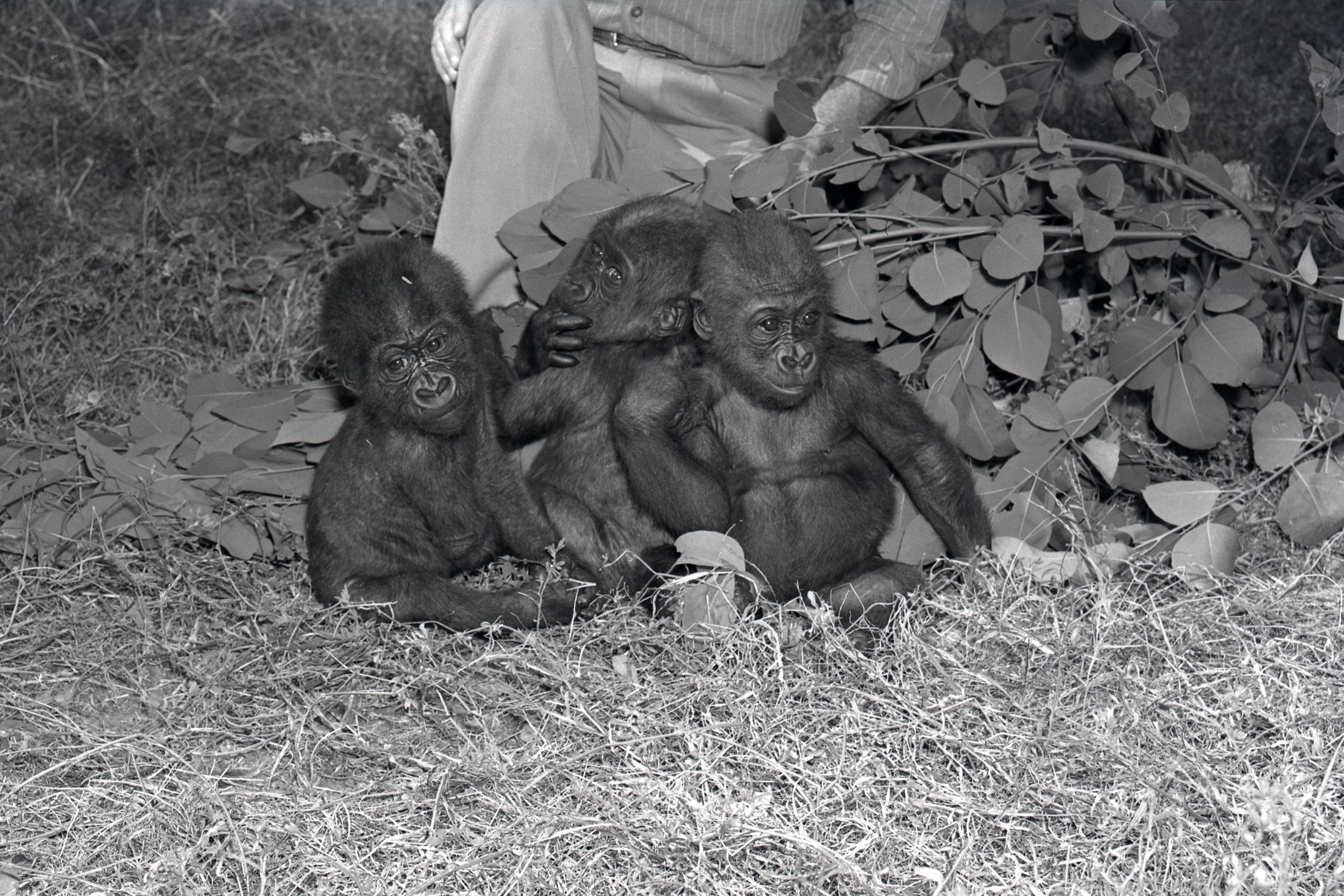 In 1949, one of Belle Benchley’s dearest wishes came true: the Zoo had gorillas once again, after several years without them. Belle had written many letters, made numerous phone calls, and had her hopes raised only to be disappointed several times before her efforts to bring gorillas to San Diego again were finally rewarded.

It was a banner day when the little apes arrived: three babies, one male and two females, wearing diapers and little blue sweaters. Belle went with the keepers to the airport to greet them—and they were quite an armful. They were named Albert, Bouba, and Bata.

Albert’s name was actually chosen by a group of children from San Diego’s Children’s Convalescent Hospital. Belle Benchley gave the children a list of possibilities to choose from that were names of towns and rivers in Africa—including the Albert River. The children voted for Albert, because “he was so doggone cute, he should have a cute name.”