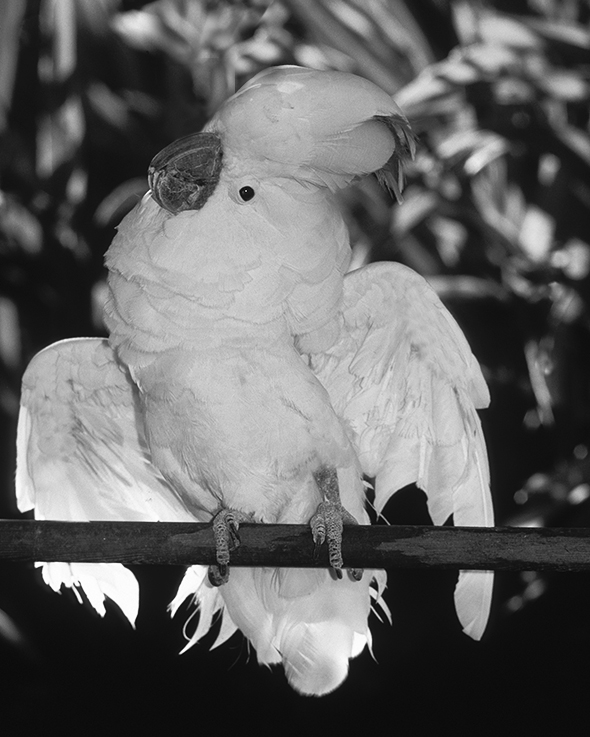 King Tut had a long and interesting life. He was already an adult bird when he arrived in San Diego on March 25, 1925. At first, his time was divided between the Zoo, where he delighted visitors with his vocal and physical antics, and various motion picture and theatrical duties—including a role in fan dancer Sally Rand’s act.

In early 1951, King Tut began spending more time in his position as Official Zoo Greeter. He still kept a clawed toe in show business though, through appearances on the long-running Zoorama television program and small roles in productions at San Diego’s Old Globe Theatre, as well as the Starlight Opera.

King Tut was very friendly and loved people. As one ZOONOOZ article about him pointed out: “His bearing is that of a king…a king who is well loved.” Millions of people stopped to say hello to Tut during his long life at the Zoo, and he’d respond with a whistle or little dance to greet them in return. When he was most excited, he’d let loose with his (very loud) trademark shriek: “ah-ha-ha-HA-ha!” He retired from frontline duties in 1989, but continued to appear at special functions—and receive fan mail.

Today, a bronze likeness of the great King Tut greets guests to the left of the flamingo pond—in the exact spot his perch occupied for nearly half a century.