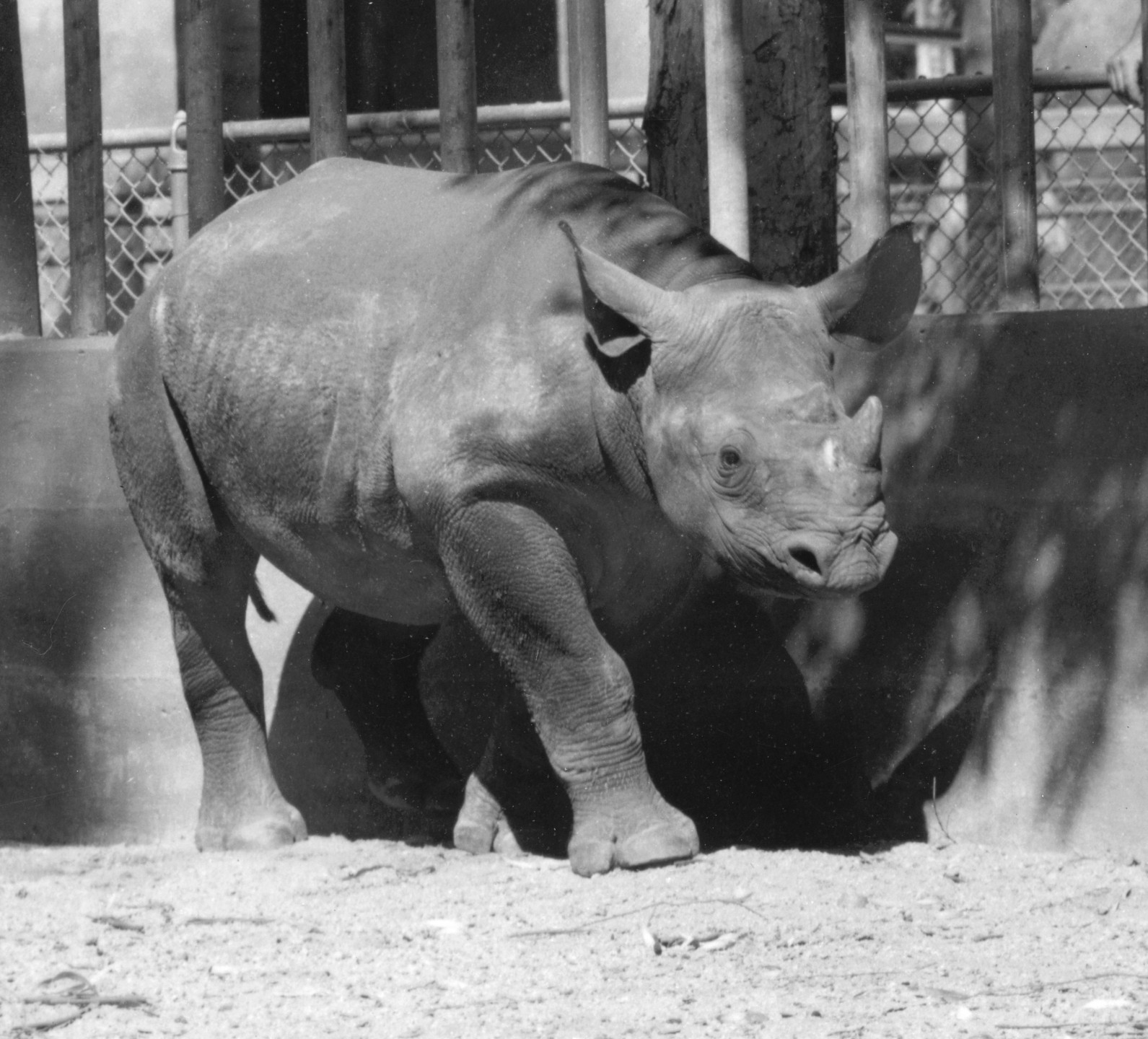 It’s hard to believe that, with so many extraordinary species even in its earliest days, the San Diego Zoo did not have a rhino until 1952! Nonetheless, it was true—and therefore it was with much excitement and fanfare that Belle Benchley and the staff welcomed their first one, a black rhino named Sally.

Not surprisingly, Sally was a sensation, and everyone wanted to spend time with her. Whether it was her sudden popularity or just her nature, she quickly earned a reputation as a bit of a coquette. An article ZOONOOZ at the time said that, “she reserves the use of her ocular organs for the purpose of making calf’s eyes at her keepers.” It goes on to describe other “kittenish” behavior no one expected from an animal of her size and from a species that was supposedly known to have a quick temper. Her friendliness made her easy to work with, at any rate, and it also came in handy when she was joined by Barney, her mate, in 1954.