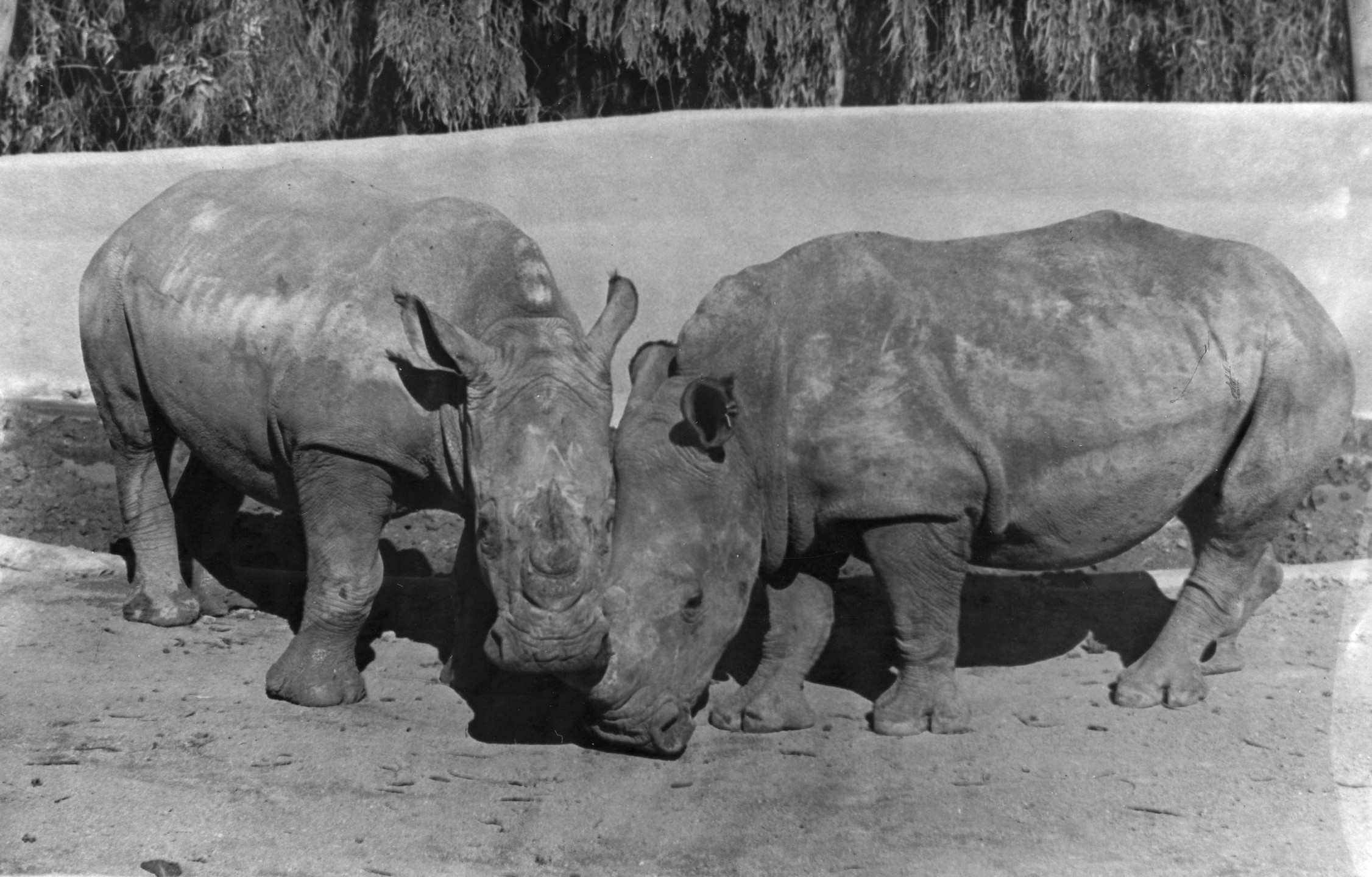 When the first southern white rhinos came to the Zoo in 1962, a male named Mandhla and a female named Tombasan, the species was critically endangered—there were only about 600 left in the wild at the time. There were high hopes for breeding success to increase the population, and Dr. Schroeder was making connections with wildlife experts and conservationists that were to lay the foundation for the San Diego Zoo’s future rhino conservation efforts.