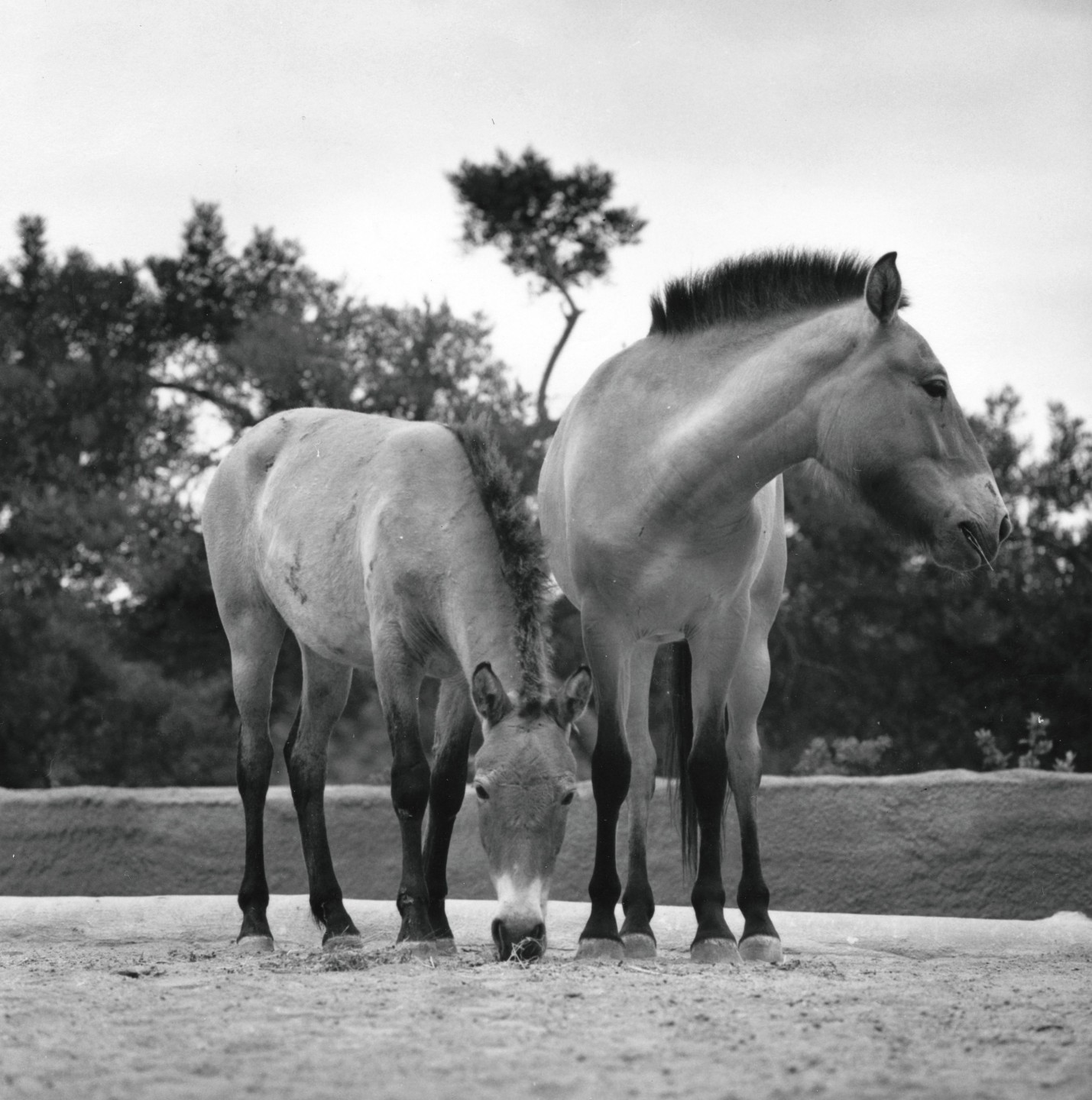 By the 1960s, the Przewalski’s horse was one of the world’s rarest mammals, considered extinct in the wild. Efforts to save the species had been initiated in Germany and Prague, and horses were sent to zoos in Europe and the U.S. to establish breeding programs, including the San Diego Zoo. The first to arrive in San Diego were two females, Bonnette and Bellina (left) in 1966, a cause for much excitement at the Zoo.

The arrival of another species had the Bird Department aflutter: 10 Guam rails, a flightless rail species only found on the island of Guam and rare in zoos, came to the Zoo with the permission of the Government of Guam. Bird curator K.C. Lint shows one of the birds in the photo below. Interestingly, these birds were not endangered at the time—their numbers were actually found to be increasing on their island home. But in years to come, their population would plummet because of introduced predators like the brown tree snake, and birds given to zoos outside of Guam, like those in San Diego, would become important in breeding efforts to try to save the critically endangered species.

The birth of a spotted beauty named Ginger sparked interest in July—she was the first birth of the Baringo giraffe subspecies at the Zoo and was much celebrated. There were thought to be only a few hundred of these giraffes left in their native habitat at the time, and when the three adults came to the Zoo in 1963, the hope was for successful breeding. In the photo from left to right: Freckles, the new mom, Topper, the proud dad, “aunt” Checkers, and Ginger. 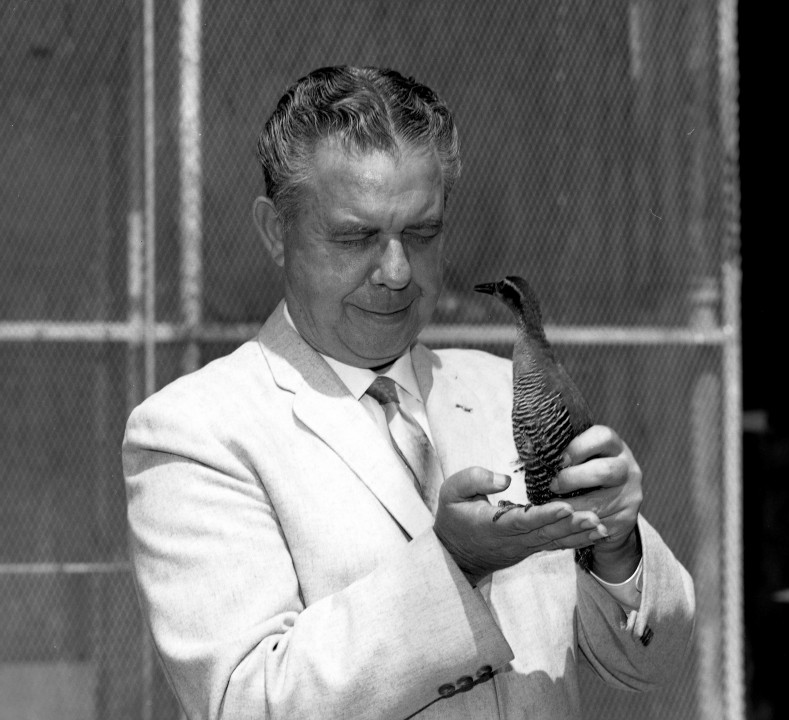 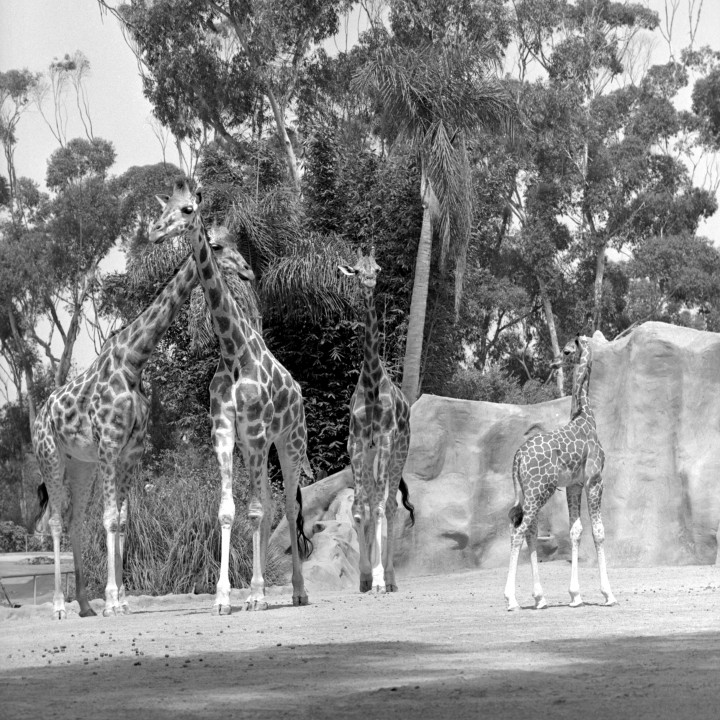