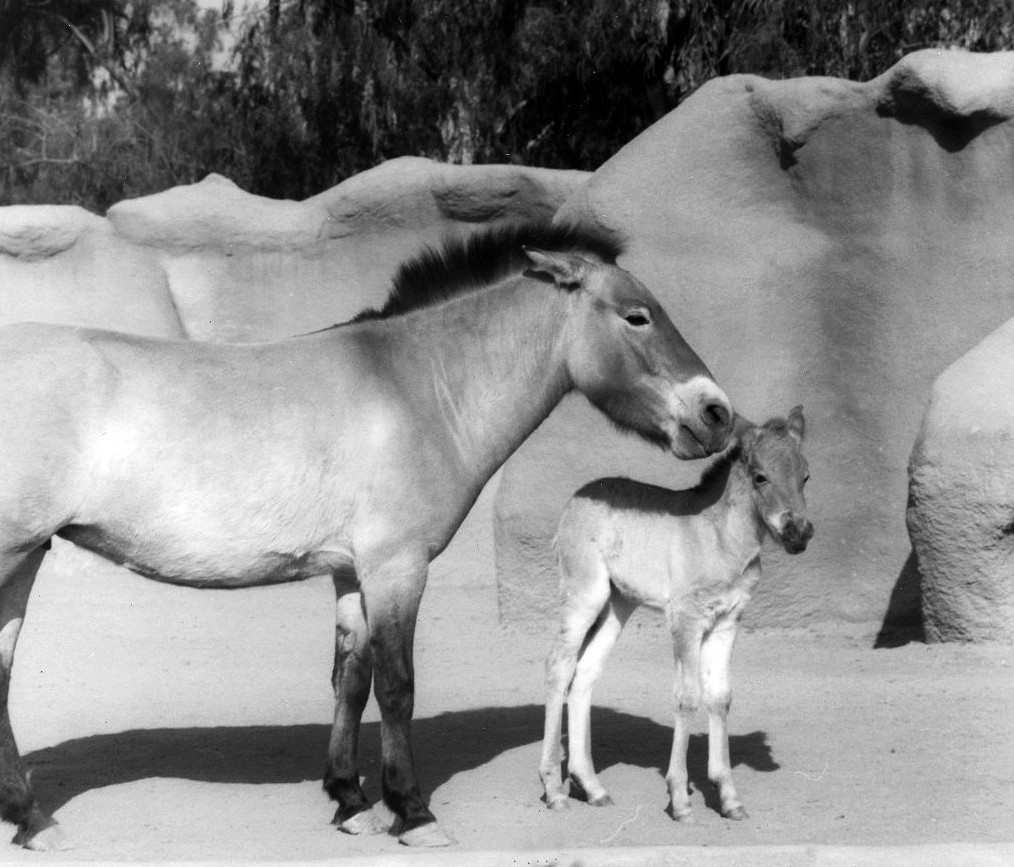 Two births in 1969 were of particular significance for the San Diego Zoo: a Przewalski’s horse and two ruffed lemurs. Both births were the result of commitments the Zoo had taken to try to help species that were in trouble in their native habitat, through breeding to increase the populations.

When Przewalski’s horse Bonnette gave birth to her frisky filly, named Bolinda, the Zoo staff was proud to have been able to add one more wild horse to a species that had once been thought extinct in the wild. While Bonnette was unaware of that, her offspring was quite significant to her, and she was fiercely protective, even kicking at the sire, Roland, and her female companion, Bellina, if they tried to sniff the foal through the fence. Eventually she eased up on her vigilance, though, and the little herd was able to come together again.

The Government of Madagascar had asked the San Diego Zoo for help in saving lemurs with captive breeding when associate curator Clyde Hill traveled there in 1965. The births of ring-tailed lemurs and black lemurs had already brought success, but the birth of twin ruffed lemurs, only the second birth of this species in the U.S., was particularly exciting, and Clyde referred to them in a ZOONOOZ article as “the crown jewels.”