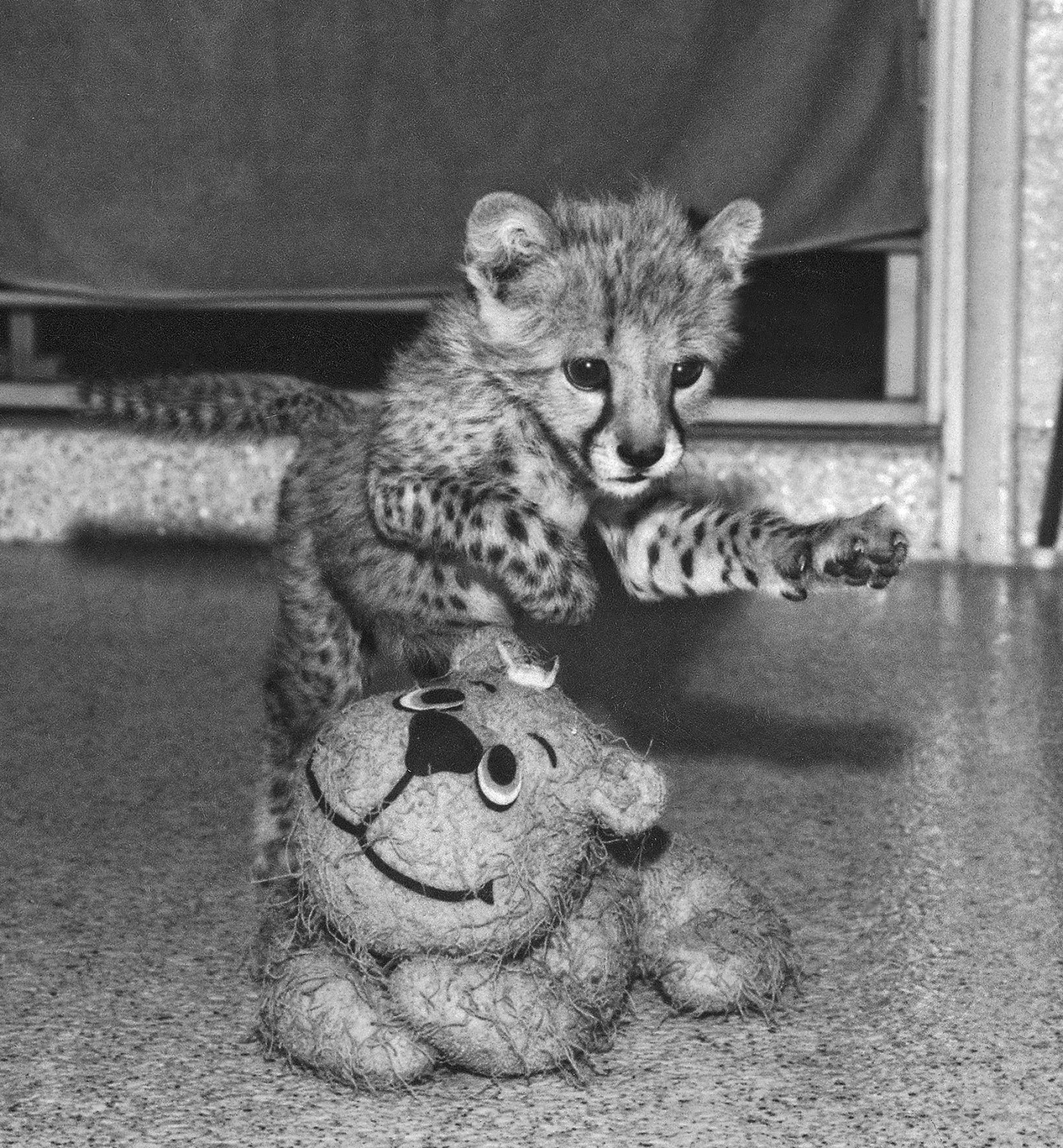 A Leap Forward for Cheetahs

In November 1970, the Zoo welcomed its first cheetah birth with great excitement. Named Juba (after his species name, Acinonyx jubatus), he was described as “always on the warpath. He practices sprints across the floor, attacks his toy cat, and hisses and spits at everything.” His mother was unable to care for him, so he was raised in the Children’s Zoo nursery.

His birth was a wonderful development for the Zoo’s efforts toward cheetah conservation. There was great concern about the declining status of this species in the wild, and cheetahs had so far been very difficult to breed in zoos. A cheetah breeding project had been started in an off-site area of the under-construction Wild Animal Park, which set out to study the courtship and mating behavior of cheetahs, as well as physiological and genetic factors that could aid in conservation of the species.

Juba was not only cute, he was also a sign of hope—and the first of many cheetah cubs to come, each one a cause for celebration in the effort to save this endangered cat species.