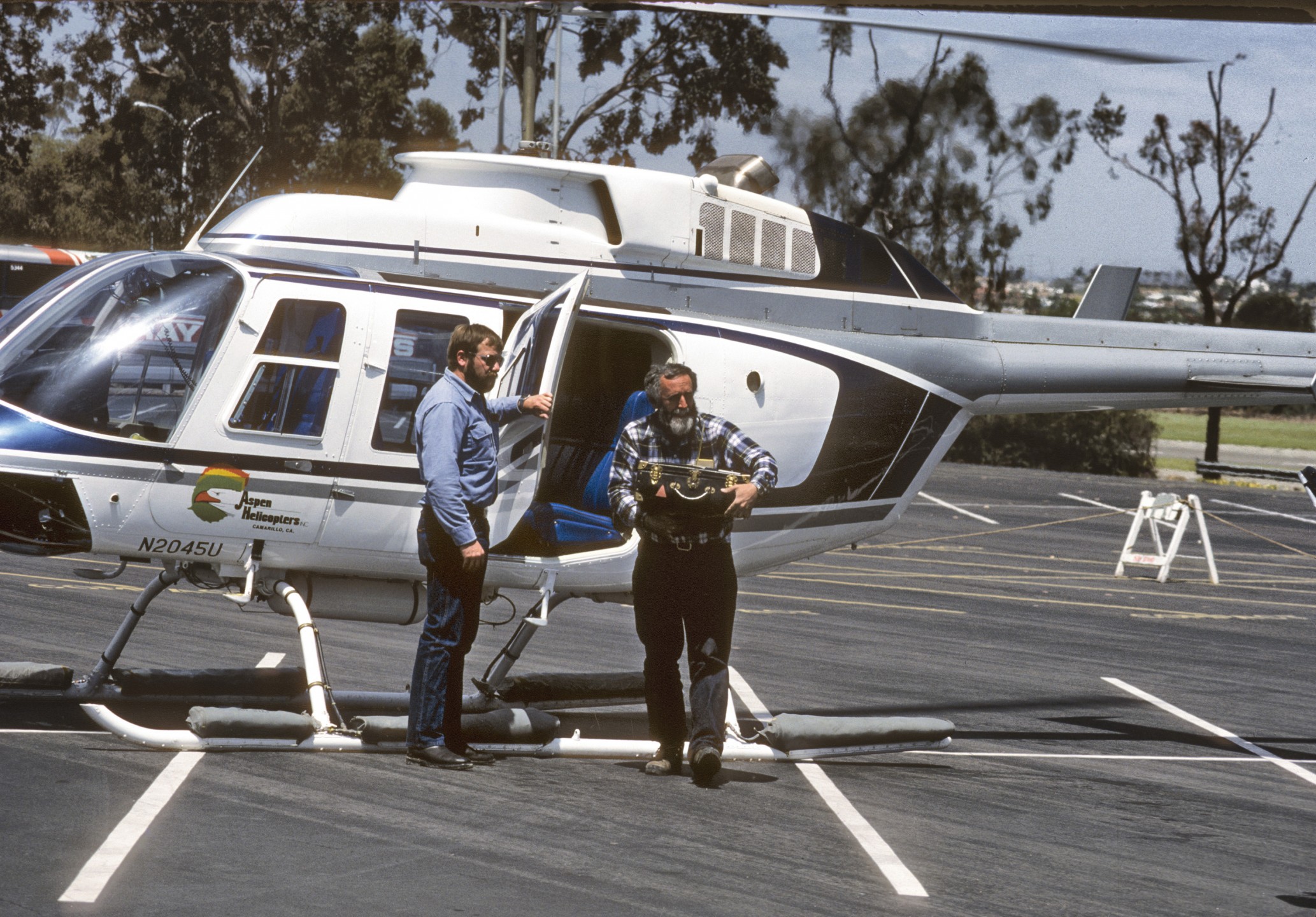 Mission Possible: When the California Condor Recovery Program received permission to raise condors in zoos, there was no time to waste—and no one was taking any chances. The first egg collected from wild habitat was carried a protective case by Noel Snyder, condor biologist with the U.S. Fish & Wildlife Service, and flown by helicopter to the San Diego Zoo on February 23, 1983, where it was carefully incubated at the Avian Propagation Center as everyone waited anxiously for it to hatch.