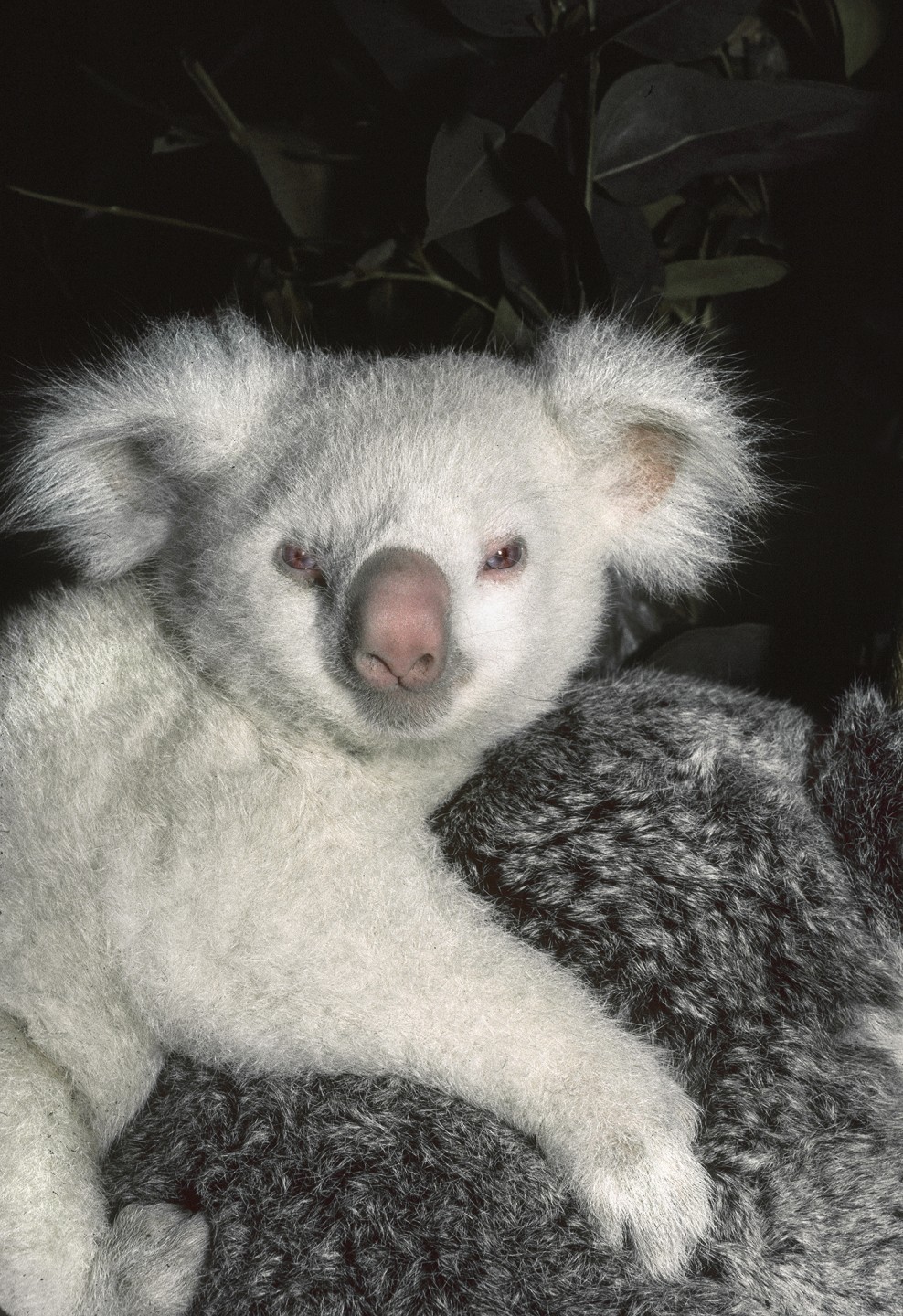 When koala keepers took a first peek Matilda’s pouch to check on her joey, they weren’t sure they were seeing right. Instead of the usual gray they were expecting, there was a gleam of white fur, and a very pink nose. The Zoo had an albino koala! By the time the little white fur ball started emerging from the pouch, he had keepers and visitors alike completely smitten. He was named Goolara, meaning “moonlight” in an Australian Aboriginal language, and he was one in a million.

Like any albino animal, the lack of pigment in his fur and skin made him susceptible to sunburn, so keepers had to watch his time outdoors. Other than that, he was just one of the koala guys, eating his eucalyptus and snoozing. He was an amicable marsupial throughout his life, even getting his chance at stardom when he charmed millions of viewers on “The Tonight Show Starring Johnny Carson.” Even though he was nonplussed by all the attention, Zoo visitors found Goolara irresistible, and his sweet demeanor and unusual good looks live on in the hearts of all who knew him.