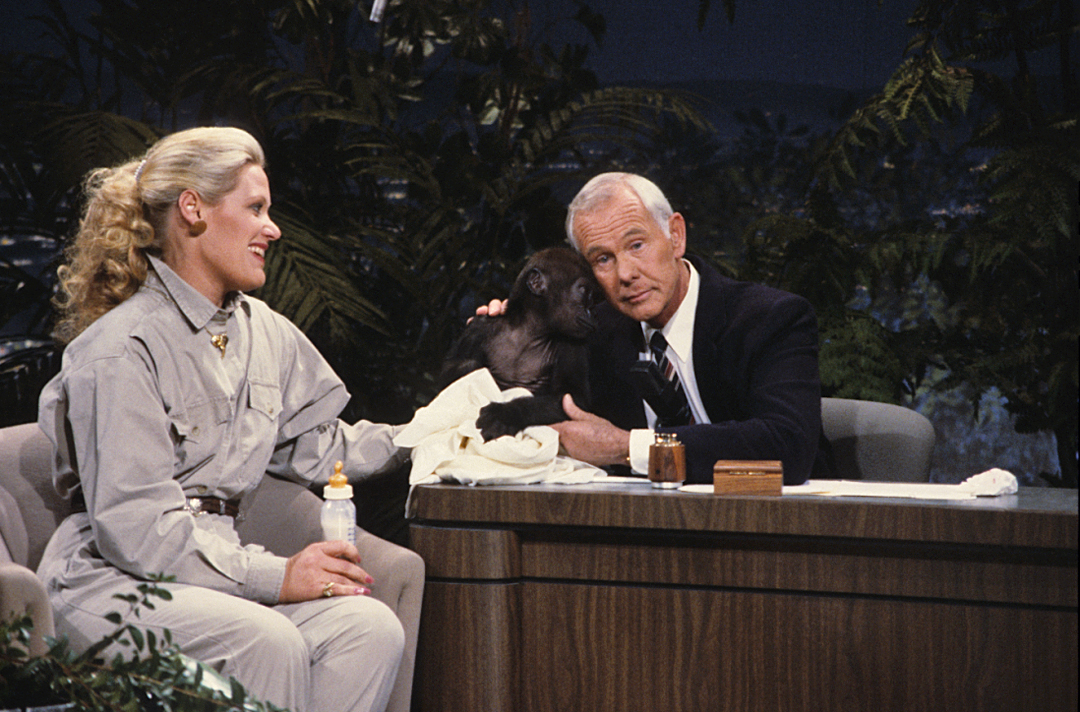 A new, adorable little face captured the attention and affection of staff and visitors alike when he was born on April 29, 1986. Gordy was the second gorilla ever born at the San Diego Zoo—and he was born to Alvila, who was the first gorilla ever born at the Zoo! Unfortunately, despite several attempts, Alvila and Gordy couldn’t get nursing right, and Gordy was getting too weak. So off he went to the Children’s Zoo nursery, where he quickly regained his strength and got back on track. Nursery keeper Janet Hawes said that “He was a sport. He was always up to something, very playful and very active.”

Gordy was actually named after a celebrity. Gordy’s father was Memba, who had been given to the Zoo by Gordon Mills, the manager for singer Tom Jones, and Gordy was named in Mills’ honor. Perhaps it was fortuitous—Gordy became a celebrity himself when he accompanied Joan Embery on “The Tonight Show Starring Johnny Carson” (right). When he was old enough, Gordy moved to the Wild Animal Park to become part of the gorilla troop there—and he was transported in his own limousine!

The Park gorilla keepers were there to meet him, but because Gordy had been raised by female keepers at the nursery, he was afraid of keeper Randy Thommarson’s beard. Kindly, Randy went home that night and shaved it off, and he and Gordy became got along fine after that. Gordy also had a champion among the gorillas: Kamilah became like his surrogate mom or big sister, carrying him, playing with him, and defending him when he got in trouble. At those times, Gordy was seldom in it alone—his partner in “crime” was the troop’s other youngster, Schroeder, who was Gordy’s best buddy.