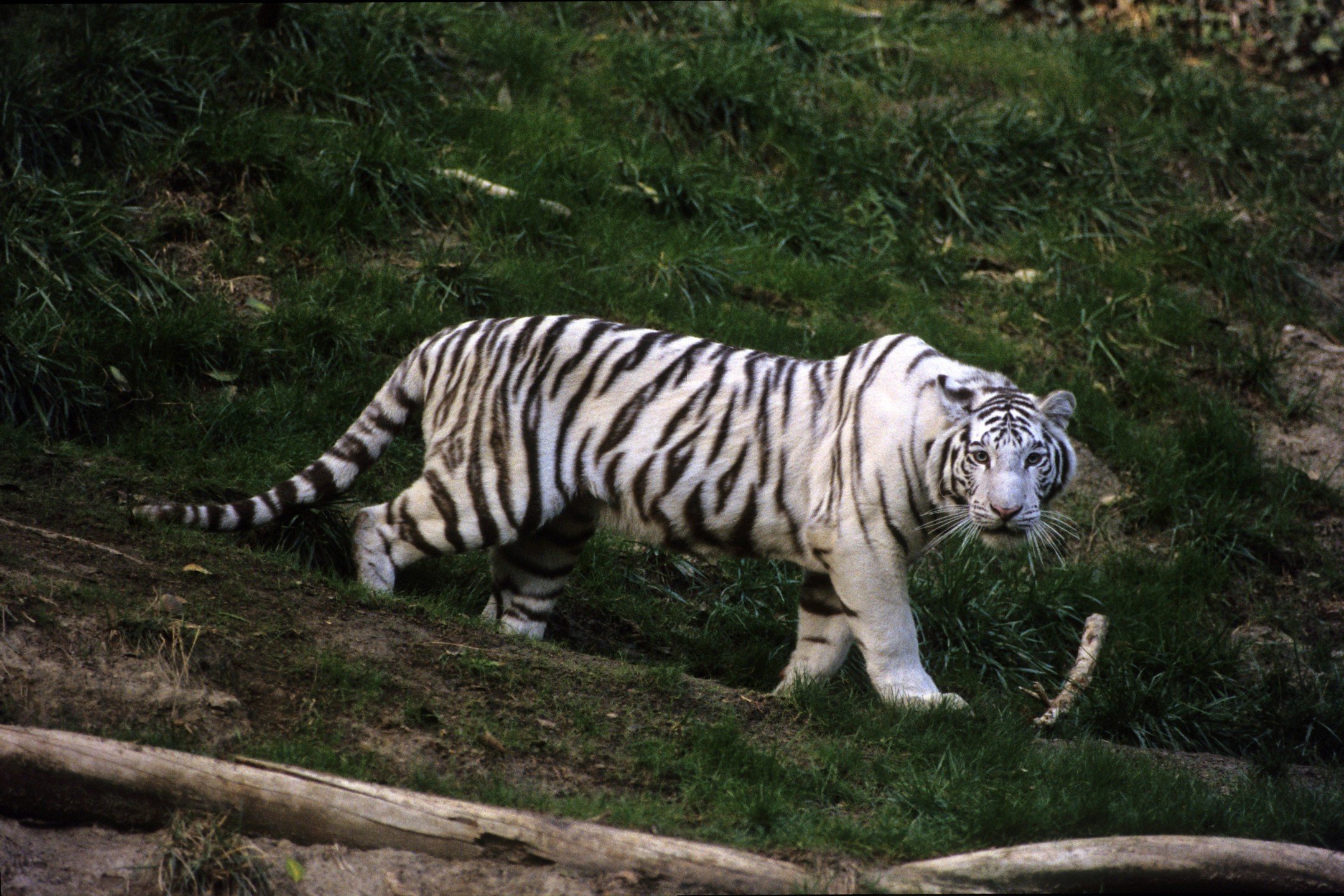 Blanca, a white Bengal tiger, became an official resident of the San Diego Zoo on March 18, 1992. The beautiful cat was already one of the Zoo’s most popular animals—and she had quite a story that was full of twists and turns! First, she had been confiscated by U.S. Customs as a three-month-old cub, found in the back seat of a car crossing the border between U.S. and Mexico. Without a place to keep her, Customs agents called the Zoo, and Blanca found herself in her own room in the Children’s Zoo nursery. During an investigation into her ownership, she outgrew the nursery and moved to the Animal Chit-Chat Show. Then at last, the final decision was that she would stay at the Zoo permanently. In December 1992, now a nearly full-grown tiger, Blanca made her debut at Tiger River, where she continued to be much admired, her white fur and chocolate-brown stripes contrasting beautifully with the misty green hillside.