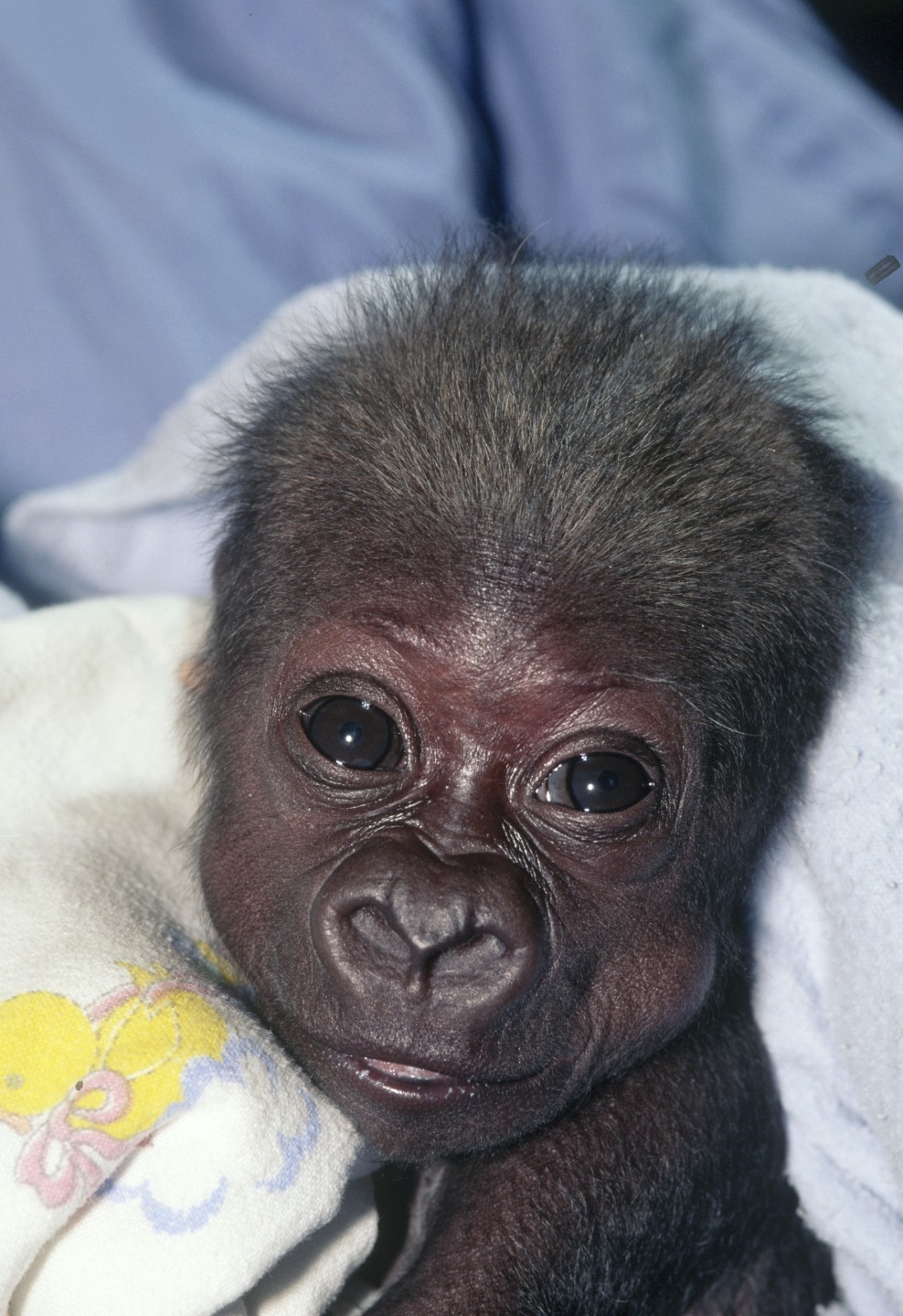 For Zoo visitors, it’s not a particularly long walk from the Children’s Zoo to Gorilla Tropics. For one little gorilla born on October 16, 1995, though, it was a very long road back to her family.

Imani, whose name means “faith,” was born to Kimba Kumba, who was already an experienced mother, and there were no concerns that things would not go well. However, after watching via a remote camera, Imani had not been seen nursing, and it was clear that the veterinarians needed to check to see if she was okay. They examined her when she was about 72 hours old, and discovered that she was in critical condition. Her temperature and blood sugar level were too low, she was severely dehydrated, and she was less than half the weight of most gorillas at birth. Imani also had an infection, and the levels of bilirubin in her blood were much too high, which could cause brain damage. She needed intensive care if she were to have a chance to live. The veterinary and keeper teams went into immediate action to try to save her life.

For a week, the infant gorilla had to have phototherapy, which required her to wear a blindfold to protect her eyes, an IV catheter for fluids and antibiotics, and the keepers had to try to feed her formula every two hours. It was an anxious, exhausting time for Imani’s keepers and a difficult ordeal for her. But she made it, and her physical signs improved daily. At three weeks of age, she was well enough to move from intensive care to the main room at the nursery, where staff and visitors who had been following her incredible story in the local news were able to see her for the first time.

The last part of Imani’s journey was to be reintroduced to her gorilla family. Keepers took her to the gorilla bedrooms so they could see, hear, and smell her, and vice versa. The hope was that Kimba Kumba would accept her baby back—but Kimba Kumba showed agitation and was unwilling to even approach Imani. It was disappointing, but attention then turned to Alvila. She had given birth to three babies, but had not been able to raise them. Would she perhaps accept Imani? When keepers put them together, Alvila was calm and showed no signs of agitation or aggression. But she didn’t pick Imani up, either. A tip from the Wild Animal Park keepers was to introduce another gorilla, so that Alvila would have a reason to be protective. When young gorilla Mike was let in with Alvila and Imani, Alvila’s behavior changed dramatically: she picked Imani right up, and from then on, she acted as Imani’s mother. It was a heartwarming success. Over the next few weeks, Imani was gradually introduced to all the troop members, adoptive mom Alvila by her side, and she was accepted by everyone. Imani was finally back home. 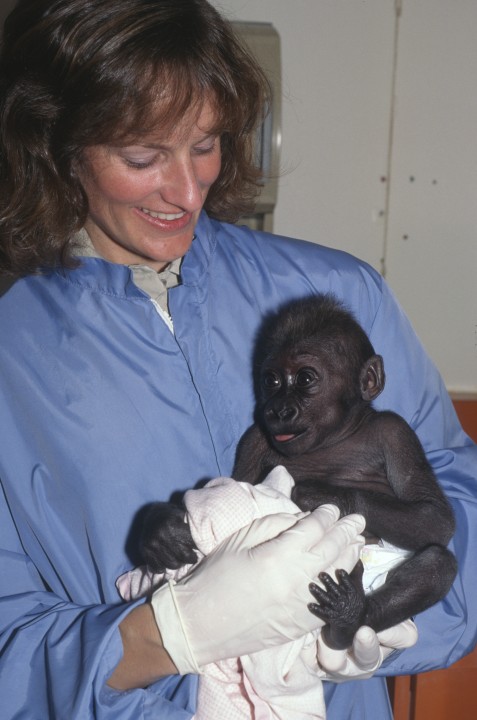