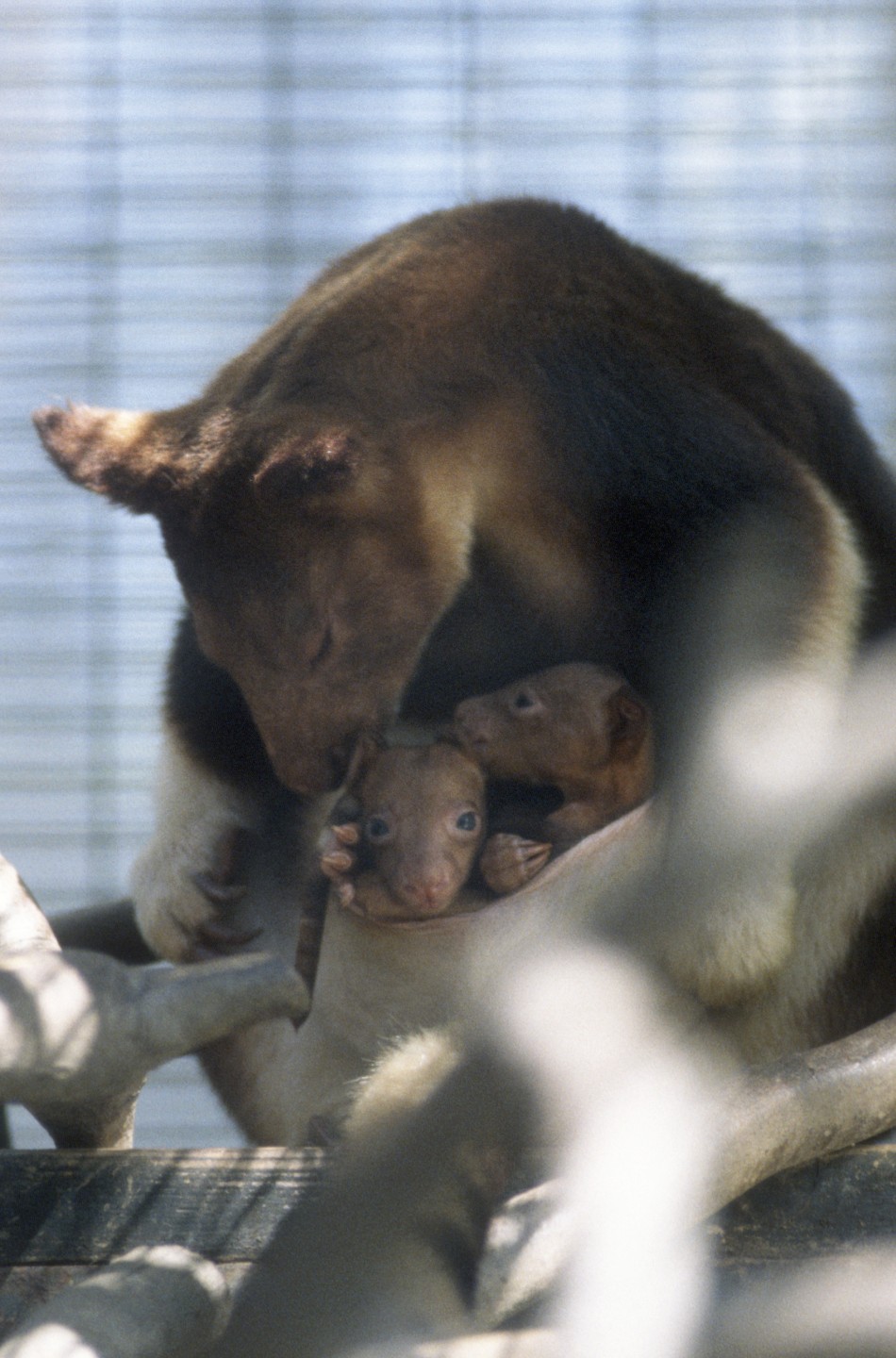 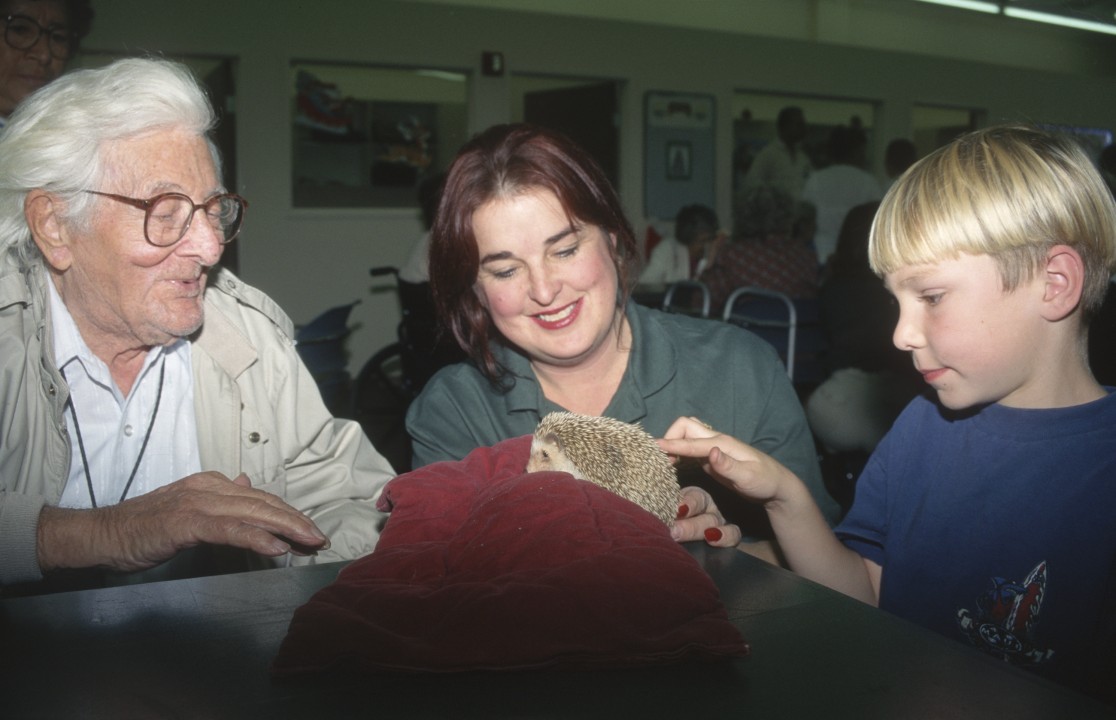 With a Little Help from Friends

A helping hand was the answer for a rare occurrence and a new project at the Zoo in 1995: the birth of twin tree kangaroos, and the start of the Animal Express community outreach program.

The telltale bulge of a new Goodfellow’s tree kangaroo joey in the mother’s pouch was a welcome sight, but when the keepers started seeing double, there was twice the excitement. Twins are uncommon in this species, and this was the first time they had been born at the Zoo; they were also the first twins in the U.S. that lived beyond a few months of age, so there was considerable interest in their development. It is hard for a mother tree kangaroo to raise twins, and there’s only so much space in that pouch. Things were going well until one night when the twins were about nine months old, when apparently the pouch just got too small for the both of them. One of them ended up completely out of the pouch and could not get back in. When the keepers found him in the morning, he was too cold to leave and see if mom would take him back. So while his sister stayed with their mother, he was taken to the Children’s Zoo nursery to be warmed up and taken care of, then hand raised as an animal ambassador. He was named Bentley, and he was soon a favorite with his feisty behavior and play boxing.

A little help from other friends was the basis of the Zoo Express program, which was created to bring animals to those who were not able to come to the Zoo. Inspired by keeper Tammy Batson’s volunteer experiences as a student at Moorpark College, Zoo Express was conducted by three keepers from the Children’s Zoo, who brought animal ambassadors like Rio the Amazon parrot, Cutie the agouti, Inca the chinchilla, and Belize the kinkajou to nursing homes, senior centers, and hospitals. The animals provoked curiosity and memories, and the keepers provided conversation and interaction, all of which brought smiles and enjoyment to patients, residents, and their families.