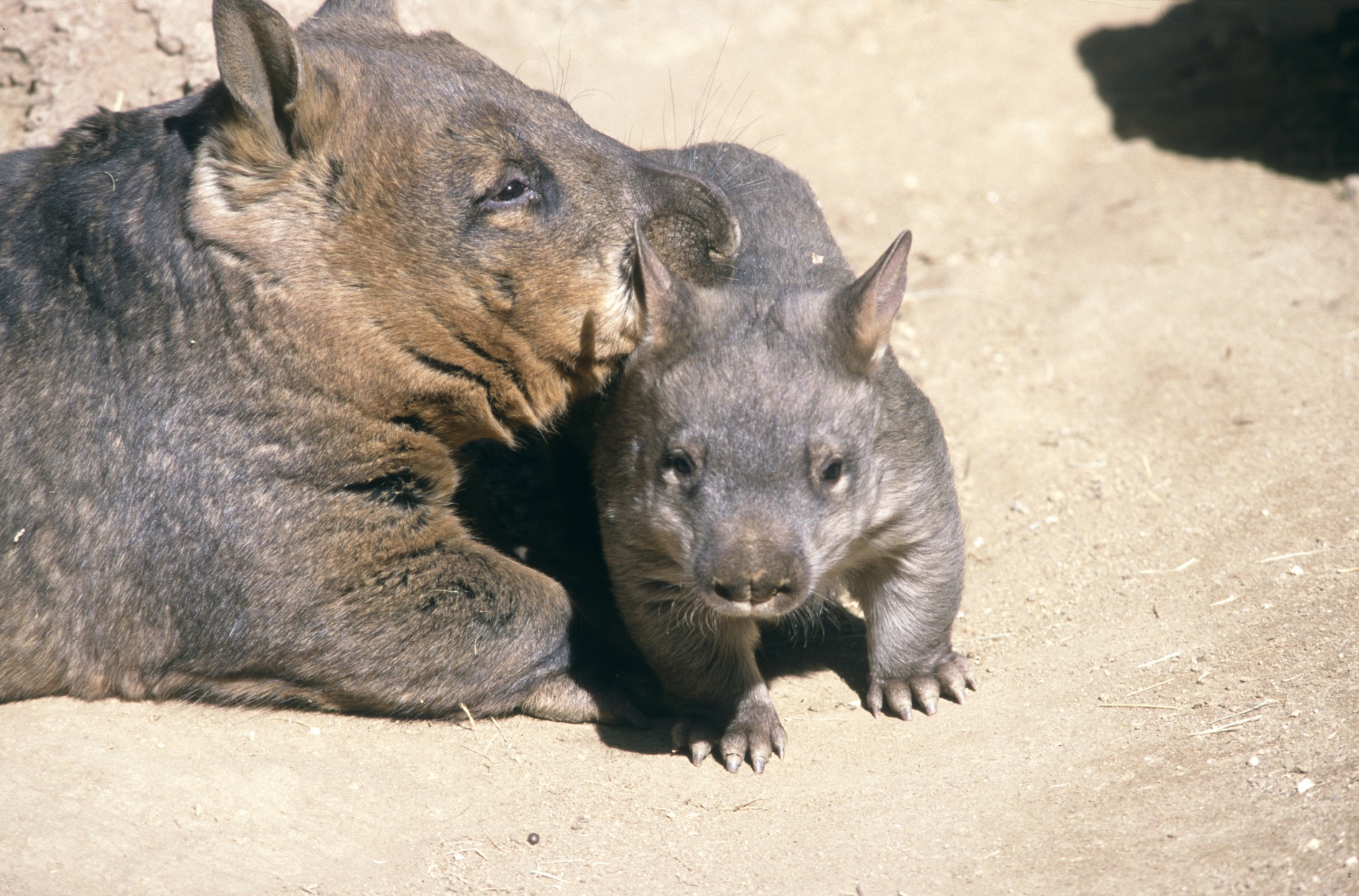 The Zoo hadn’t had a wombat for 16 years when Kindyerra moved into a burrow made for her in the Children’s Zoo. She was born at the Toronto Zoo on April 1, 1994, and although the wombat may look like an April Fool’s joke, Kindyerra (which means grass, a wombat’s main food) was a very real, 52-pound chunk of adorable. She slept a lot, as wombats are wont to do, so the Zoo made one side of her den glass so visitors might get a peek at her—and sleeping, she was usually flat on her back, legs flung out on all sides. She was soon joined by a male, Kambera, and they shared the exhibit, although they slept in their own dens. A wombat needs stretching room, after all.

In 1998, the tale of two wombats got even more exciting. Keeper Ben Van Buskirk checked on Kindyerra, sleeping on her back as usual, and he thought he saw a little flutter of movement in her pouch. But it was faint, so he wasn’t sure what it was. The Children’s Zoo keepers took turns watching, but the cause still wasn’t clear. Then a week later, they saw a little leg stick out. Kindyerra had a joey! It was the first southern hairy-nosed wombat joey born at the Zoo.

The joey grew rapidly, and the keepers were amused watching it wriggling around, with some body part always sticking out. When they began to wonder just how far a wombat’s pouch could stretch, the joey was out, and Kindyerra quickly decided enough was enough and it should stay that way. The joey was a female, and she was named Kindilan, which means “happy” or “joyful.” Kindyerra was a great mom, keeping a close eye on the curious little one, but Kindilan lived up to her name and seemed to have an irrepressible spirit, playing with exuberance—often quite trying for her tired mother—exploring everything within reach, and zooming around the exhibit at speed, apparently just for the “joy” of it.