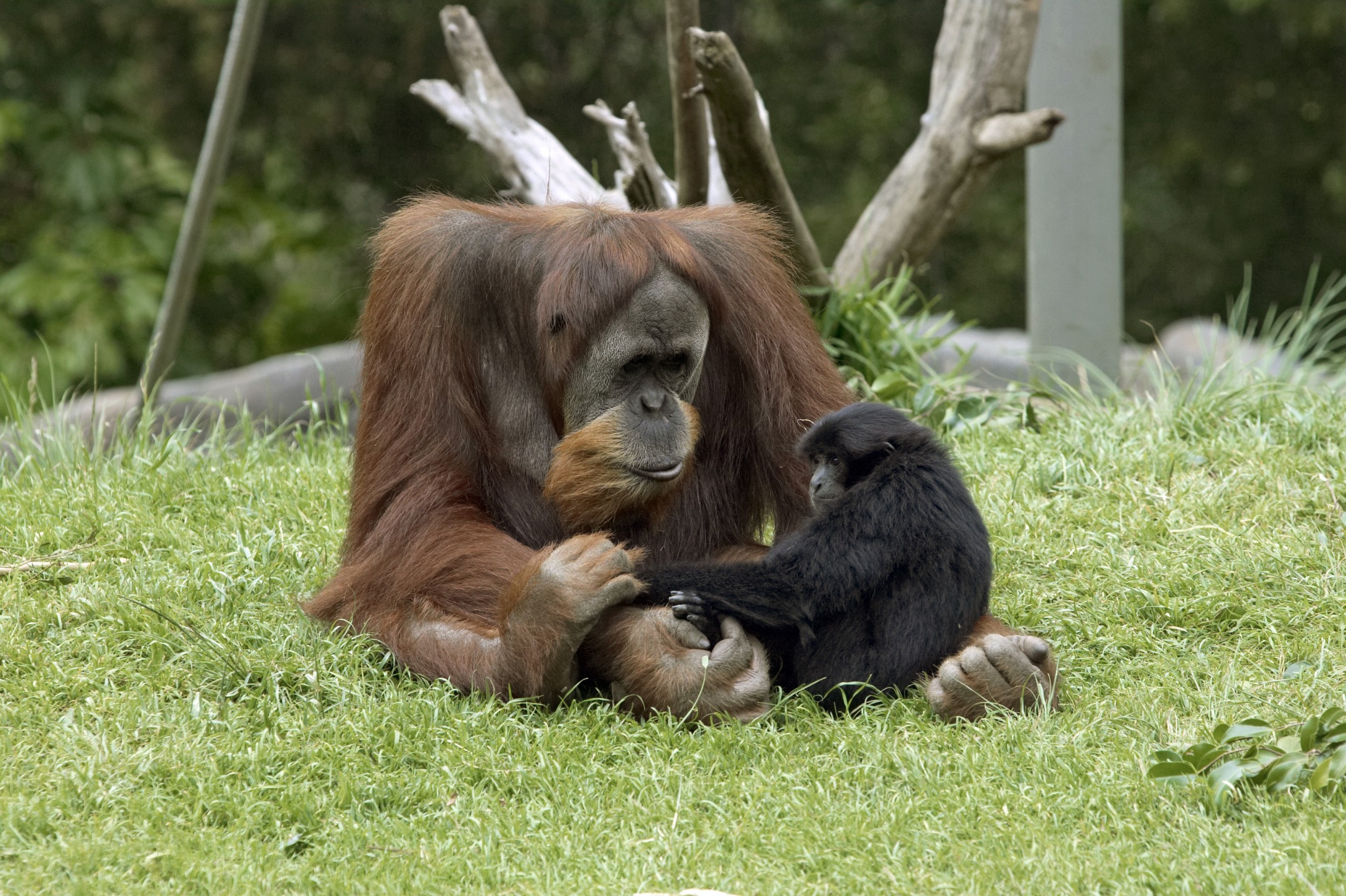 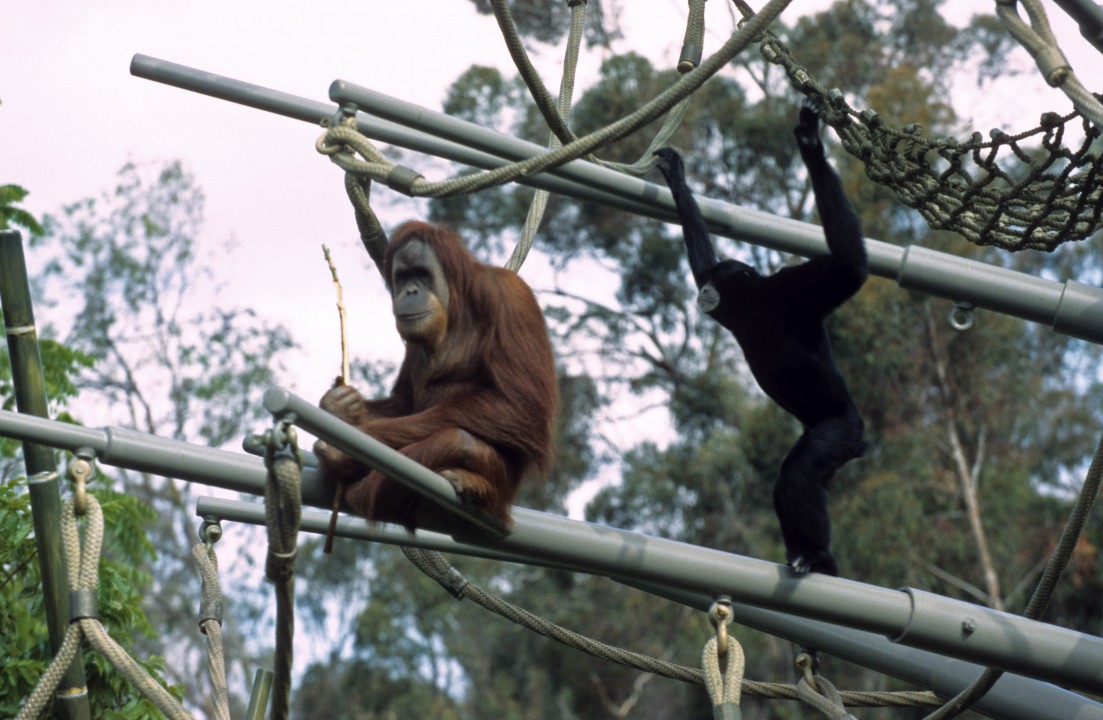 Add three siamangs and seven orangutans and what do you get? A habitat to go Absolutely Apes over! After nearly eight months of construction and temporary off-exhibit quarters, the lesser apes and great apes moved in together to share a new area that was the first part of the New Heart of the Zoo project. Combining both of the previous orangutan exhibits into one expanse, Absolutely Apes also contained impressive climbing structures connected by ropes and cargo nets to create an arboreal playground for the agile and active apes. Surrounded by the backdrop of Fern Canyon and Sun Bear Forest, plus more than 40 new trees native to Indonesia, the habitat created a verdant oasis, which Zoo visitors viewed through reinforced Plexiglas walls the entire length of the exhibit. With such great views and the opportunity to get face to face with the animals, Absolutely Apes was an immediate hit with Zoo guests.

The orangutans and siamangs liked it too, eagerly exploring the grassy hillside, all the climbing options, and two large faux termite mounds that they could fish treats like honey and barbecue sauce out of with sticks. With two young orangutans and one young siamang, there were plenty of swinging, brachiating, and acrobatics, too. The one thing that took some getting used to was each other—the two species were a little wary of one another at first. The fast and energetic displays put on by Unkie, the male siamang, seemed to get everyone riled up, and more than once Unkie found himself being chased by some irate orange apes.

In the end, it was the youngsters that crossed the species divide first. Satu, the young male orangutan, and Hadiah, the young female siamang, were too curious to stay away from each other for long, and soon they had formed a bond, playing together and hanging out together, often touching and leaning against one another (left). Their example broke the ice, and soon everyone was getting along amiably (demonstrated by Indah orangutan and Unkie siamang, above).