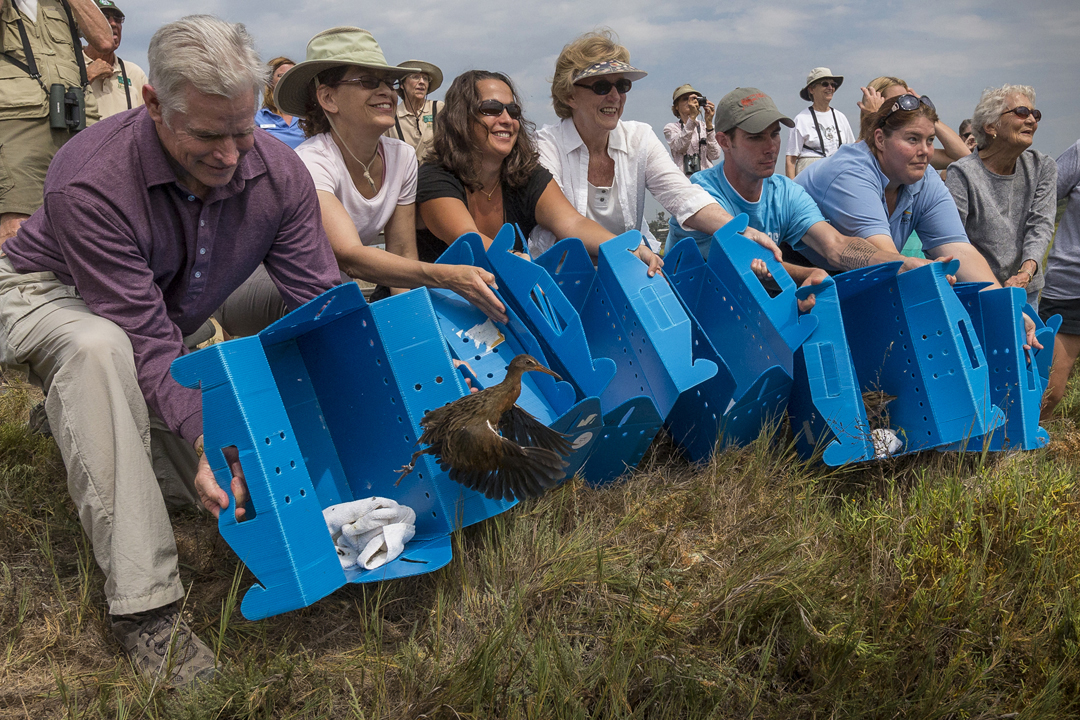 At San Elijo Lagoon near Encinitas, California, members of the Ridgway’s Rail Recovery Team, including Wild Animal Park curator of birds Michael Mace (far left), lined up carriers containing the light-footed Ridgway’s rails ready for release. At the count of three, they tilted the boxes forward and opened the tabs, releasing the birds. Each one flew in a different direction until it found a spot that looked safe enough to land. Once on the ground, the birds headed into the vegetation and vanished into the marsh. The team couldn’t help but applaud.