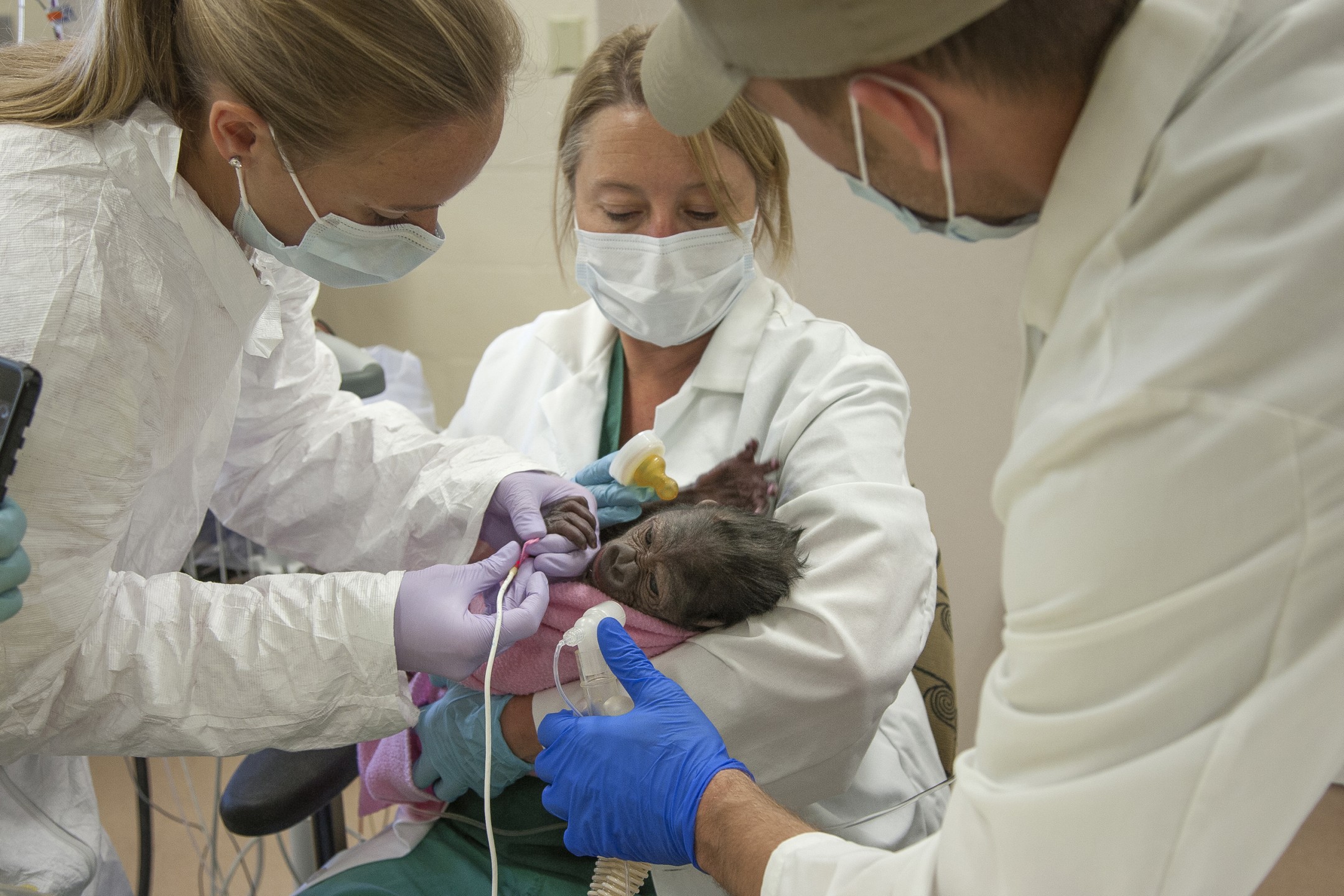 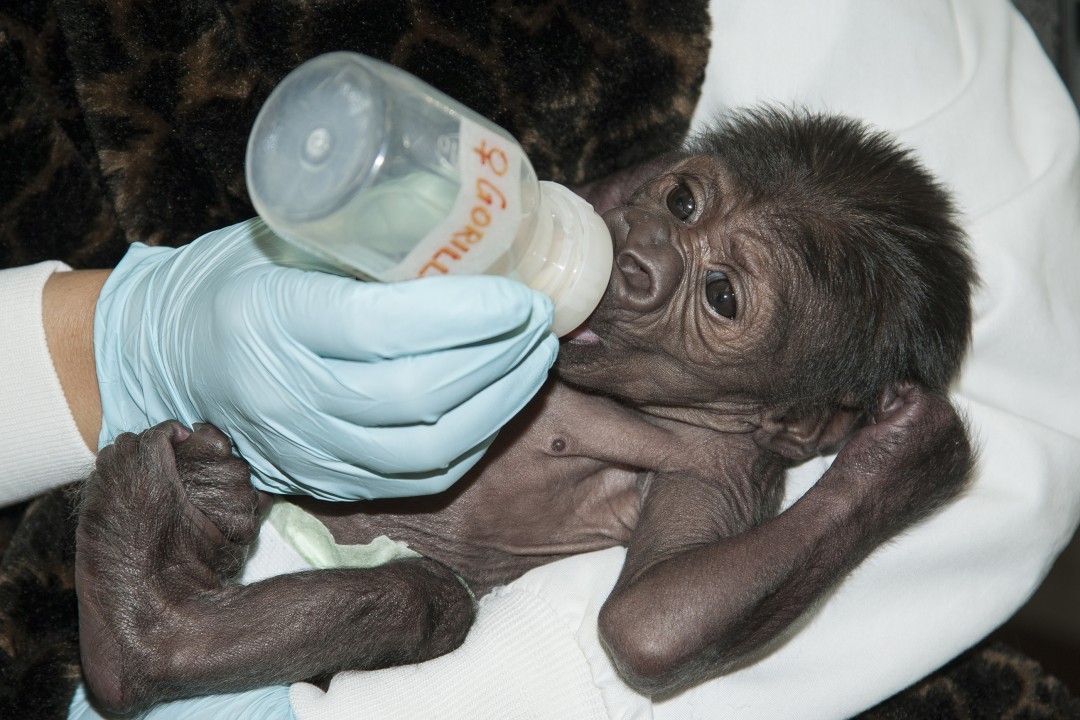 A Rough Start for a Little Ape

When Imani was in labor with her first baby, all seemed to be going well. Keepers and veterinarians at the Safari Park were there, monitoring her progress. With her contractions two minutes apart, the birth should have happened at any moment, but several hours later, it was clear the mother-to-be was in distress. Imani was sedated and taken to the veterinary hospital for an emergency C-section delivery. An amazing team assembled, which included veterinary surgeons and specialists in caring for human newborns, and they were able to deliver the baby girl gorilla, later named Joanne.

But because of the long labor, Joanne was having trouble breathing, and it turned out that she had a collapsed lung and pneumonia. The fragile infant stayed at the veterinary hospital for treatment and round-the-clock care, and the veterinarians were hopeful about her recovery. Everyone was very happy when after eight days, Joanne was able to breathe on her own and gulp down bottles of infant formula.

Meanwhile, mom Imani was recovering well. Keepers brought blankets and stuffed animals with Joanne’s scent to her to smell, and brought her scent back to Joanne. Then keepers began bringing the baby to the gorilla bedrooms for short visits, so everyone in the troop could see her. Then 12 days after her birth, the keepers laid Joanne in a nest of hay in the gorilla bedroom, stepped out, and let Imani in. They weren’t sure what Imani’s reaction would be—but she went right to the baby, sniffed her, and then quickly scooped her up and cradled her. It was just the happy ending everyone had hoped for.