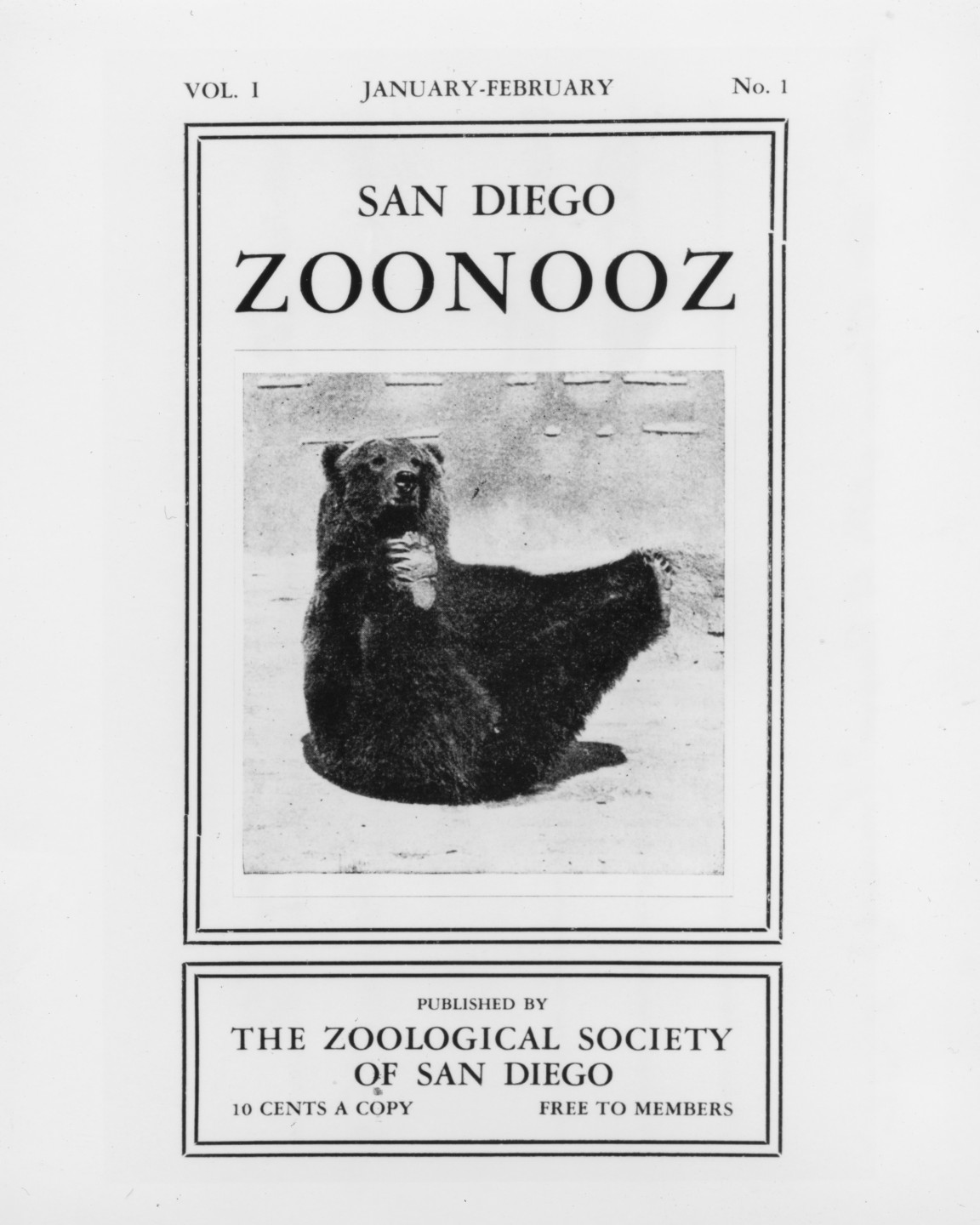 The first issue of the San Diego Zoo’s member publication, ZOONOOZ, was published in January of 1926, with famous Caesar the bear as the first cover animal. The publication’s name started out as the title of a San Diego Sun newspaper column by W.B. France, a word he coined that is a palindrome, “the same forward, backward, and upside down,” and intended to be in all capital letters to maintain that form. When asked if the Zoo might take the name for their publication, W.B. was happy to give it, and 90 years later, the publication is still going strong.

That first issue in 1926 was eight pages, including the front and back covers. It listed the current Zoological Society members (there were 85), and provided brief updates on new animals, births, and tidbits of interest. There was a photo of the impressive Scripps Aviary, an announcement that the Zoo had broken all records for keeping the northern elephant seal in captivity, and a “boast” of the birth of twin nilgai antelope. Then there was a piece that slyly stated, “one of the zoo’s big pachyderms had her picture in the Police Gazette the other day, in company with several woodland nymphs from the Balboa Theater. —Naughty!—Naughty!” There was no accompanying photo, however, to reveal what was so “naughty.”