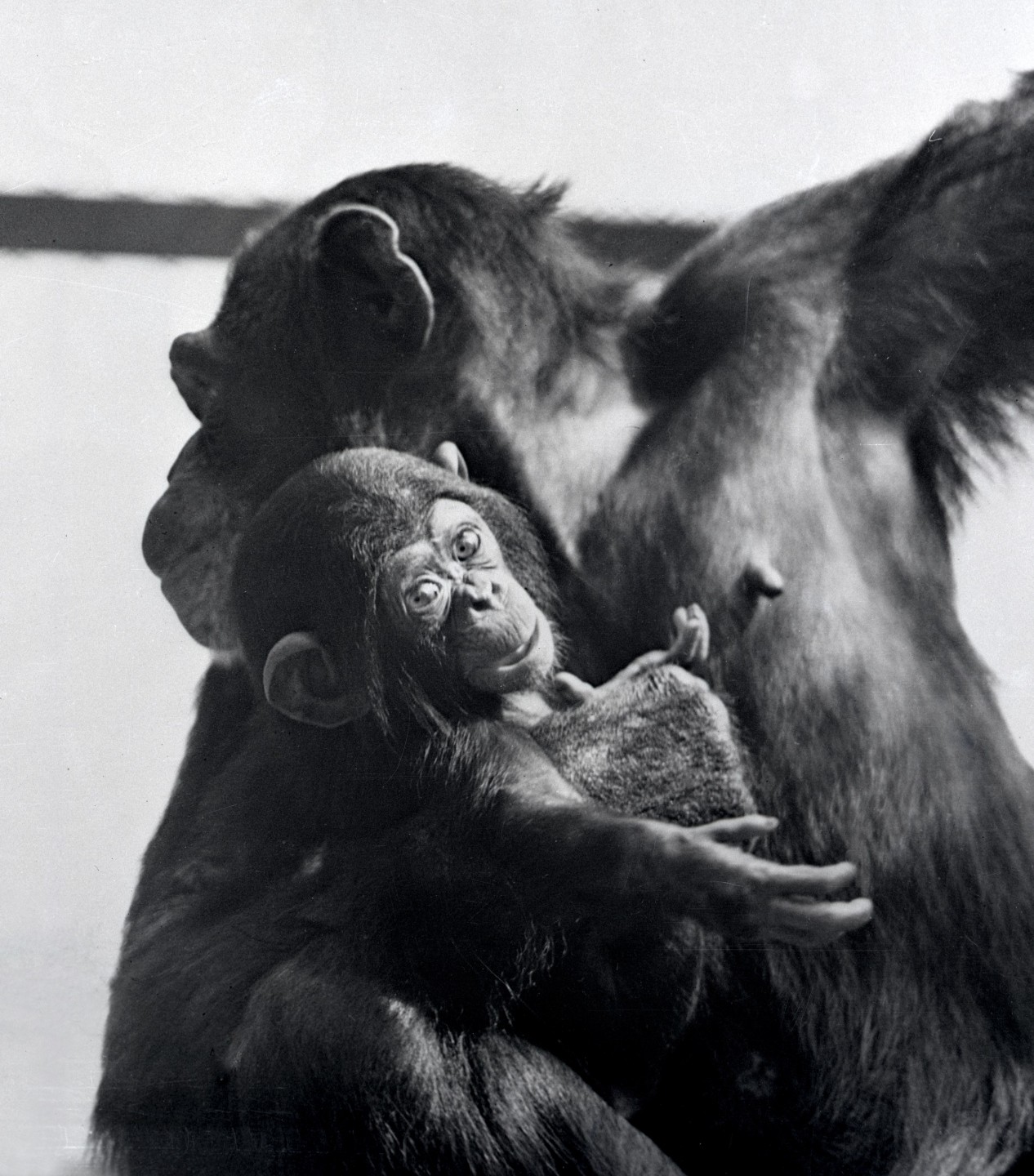 February 22, 1938, was an auspicious day at the Zoo—it was George Washington’s birthday, but more importantly for the staff, the Zoo had its first birth of a chimpanzee, to mother Katie and father Tim. Given the day, it seemed fitting to name him George, and little Georgie was a big hit with visitors. They loved watching how confidently he clung to Katie through all her acrobatic swings and jumps, and exclaimed happily every time he turned to look at the crowd. Soon he wanted to explore on his own, though—and that’s when his less adorable side appeared. He’d struggle, whimper, and whine to get out of Katie’s grasp. Then when he didn’t get his way, he’d commence shrieking loudly and piercingly, thrashing around, and pulling his own hair. Visitors covered their ears or were concerned he’d hurt himself. At first, Katie tried to soothe and comfort him. But after a while, she changed tactics and calmly let him scream it out, until he exhausted himself and went to sleep. He’d continue to throw the occasional tantrum for several years, but it never got him anywhere. Mom was wise to little Georgie’s ways.