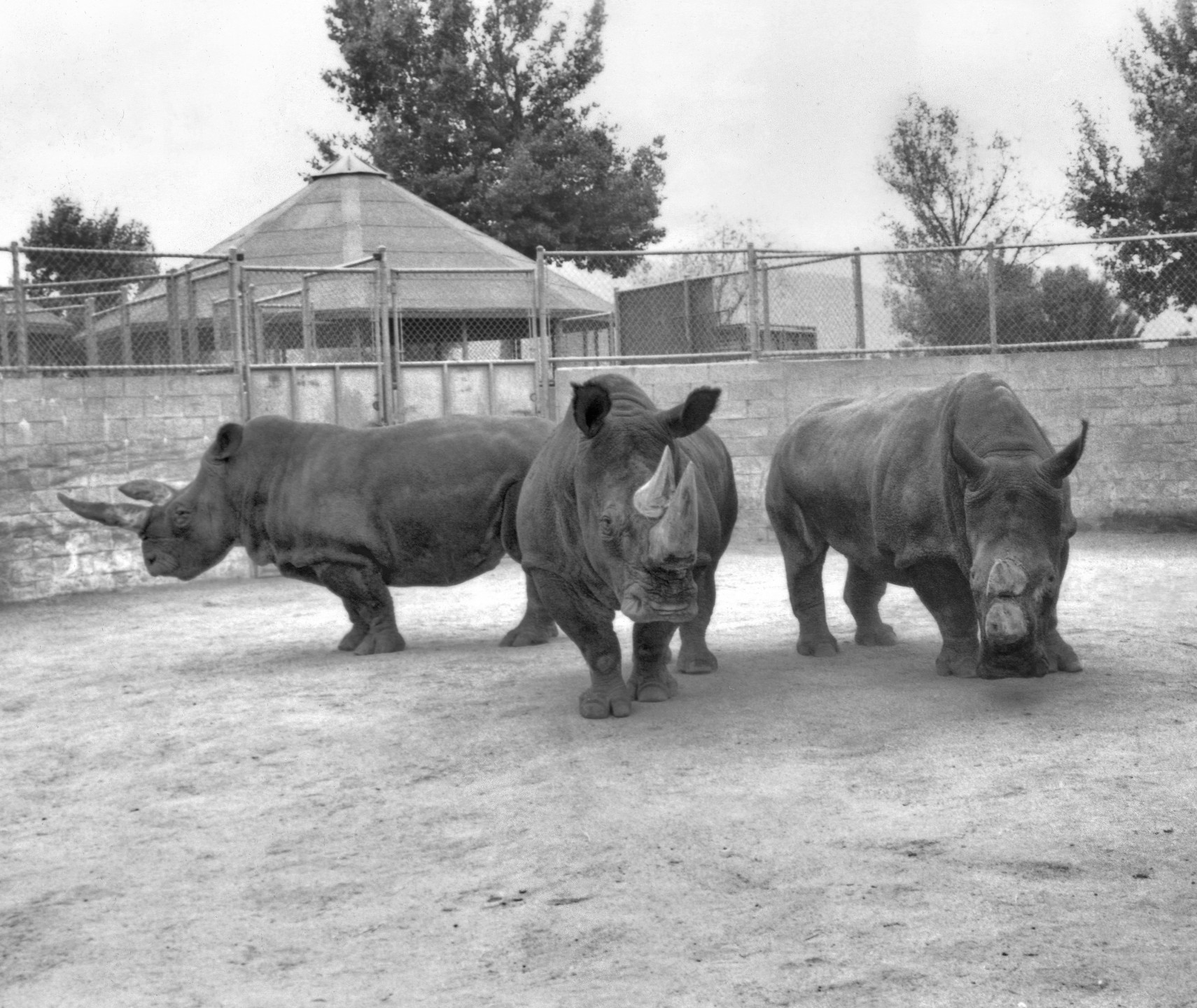 In 1989, northern white rhinos were already considered one of the world’s most endangered animals. At the time, the only remaining population in the native habitat was the group of 20 living in the Democratic Republic of Congo’s Garamba National Park, and there were only 13 in zoos. The Dvur Kralove Zoological Gardens in the Czech Republic had 11 of these 13, which prompted rhino conservationists to recommend establishing a second breeding site. The International Union for Conservation of Nature (IUCN) chose the San Diego Wild Animal Park, because of its success in breeding southern white, black, and greater one-horned rhinos. One male northern white rhino, named Saut, and two females, named Nola and Nadi (the three seen in this photo), arrived at the Park on November 15, 1989. They joined one northern white rhino already at the Park, a male named Dinka. In August 1990, another male, named Angalifu, joined them as well, on loan from the Khartoum Zoo.

The Wild Animal Park first became involved in the effort to breed northern white rhinos in 1972, when a pair, Bill and Lucy, came from the National Zoo, and another pair, Dinka and Joyce, came from the St. Louis Zoo. Both zoos volunteered to send their rhinos to the newly opened Wild Animal Park so that the four northern white rhinos in the Western Hemisphere would all be in one place. Unfortunately, no calves were ever born to this group. Bringing Saut, Nadi, Nola, and then Angalifu to join Dinka was yet another attempt to try to save these rhinos.