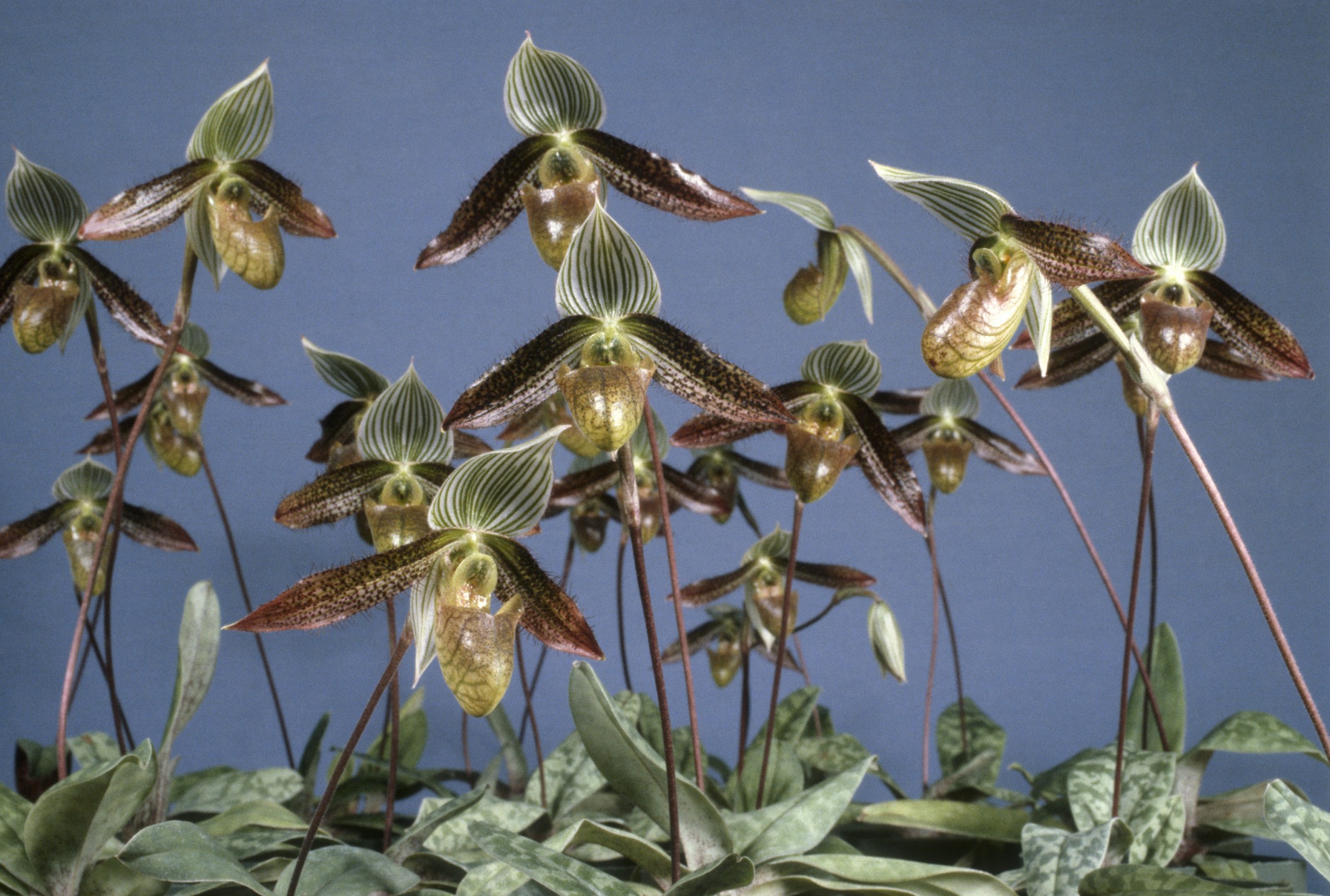 The Zoo had received animals confiscated from illegal transactions before—but poached plants? Yes! In 1990, the U.S. Fish & Wildlife Service asked the Zoo to accept an illegal shipment of orchids from Asia that had been confiscated. The Zoo’s Horticulture Department had applied for and been granted designation as an official Plant Rescue Center for the federal government in 1988, so they were able to take in the orchids, which were in bad shape when they arrived. Out of 450 plants, the Zoo staff were able to restore 255 of them to stable condition, including these Paphiopedilum wardii orchids.