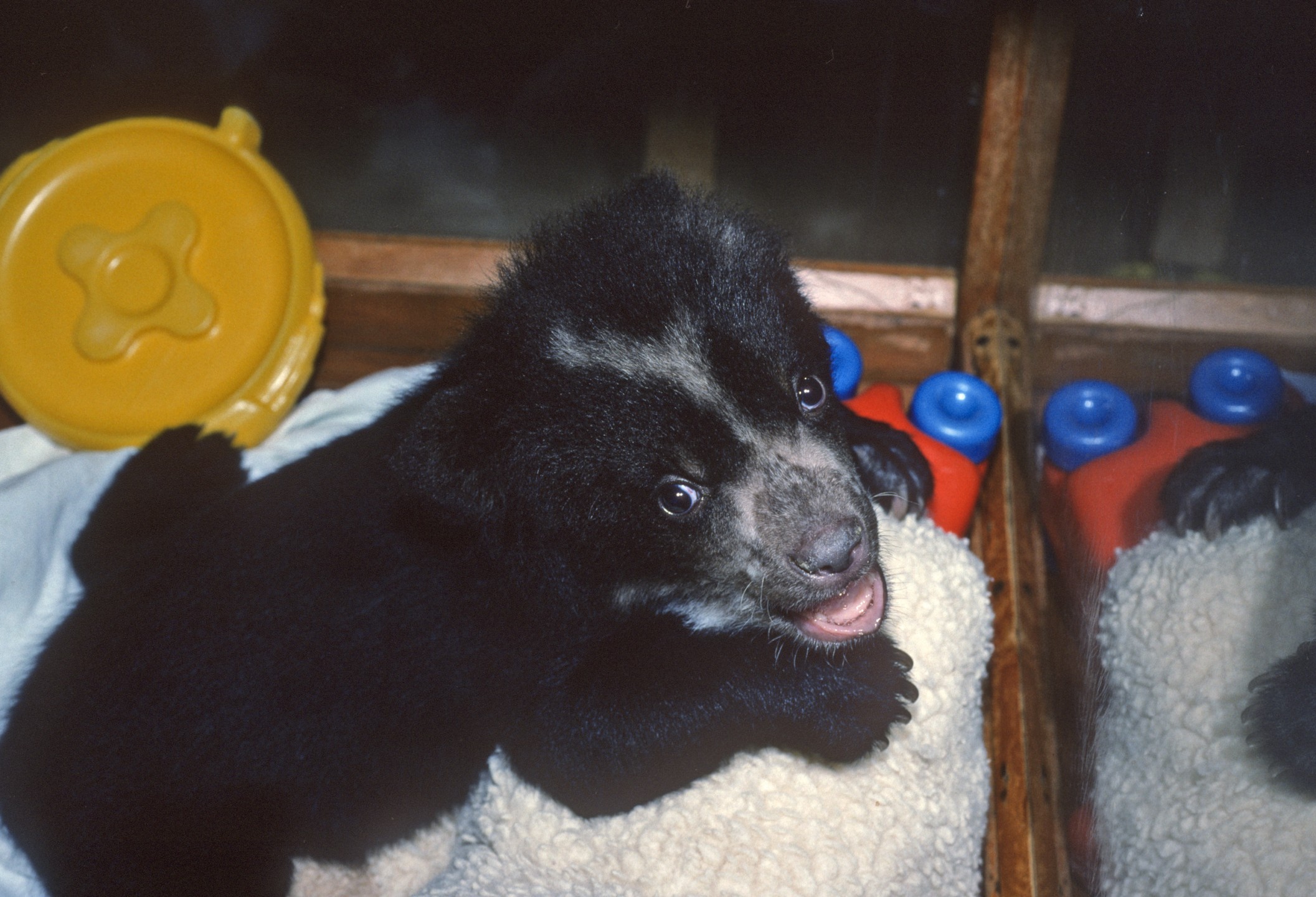 From the very start, Pepino, a spectacled bear (Andean bear) cub, demonstrated a tenacity of spirit that was remarkable—and inspiring.

He was born on February 10, 1990, to a mother that had been thought too young to reproduce and was unable to care for him properly. Bundled up and taken to the Children’s Zoo nursery, he made it through that first hurdle. But then he stopped eating and became weak and lethargic. When the veterinarians examined him, they determined he had an intestinal blockage caused by milk formula that had hardened and become an obstruction; the only way to solve it was to do abdominal surgery and remove it. The little bear was only eight days old!

He made it through the surgery, but then complications set in because of his small size and weakened state. It was touch and go for quite a while, with keepers providing round-the-clock care; at times, it was questionable whether he would make it. But Pepino had apparently come too far to give up now, and he fought his way back. He recovered, and began eating again, gaining weight, and growing steadily. All good news, especially since he was the first spectacled bear to be born and survive at the Zoo, and he was an important addition to an endangered species.