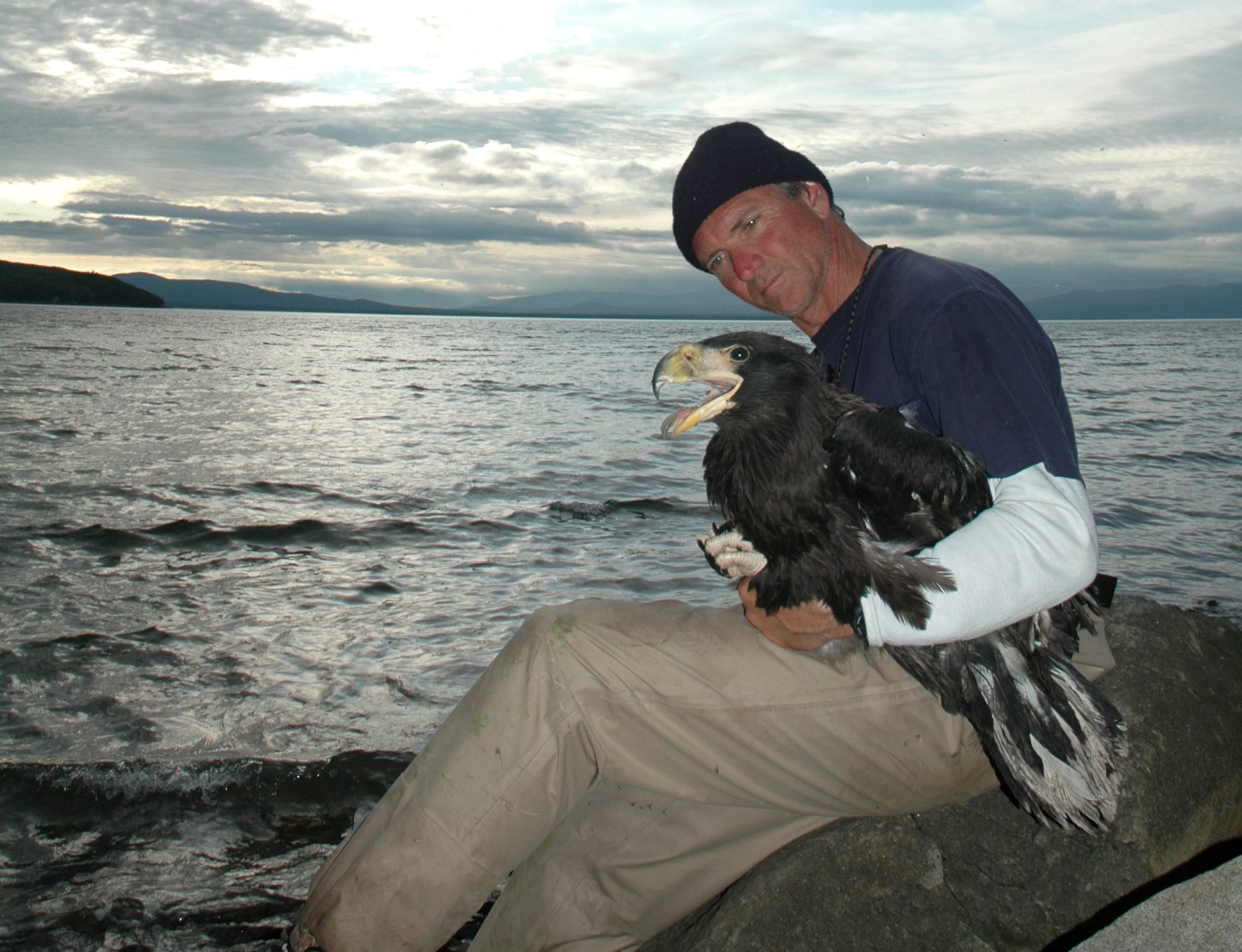 A Sea of Challenges

On the icy shores of Siberia, a yellow-beaked raptor with a wingspan of more than seven feet called the Steller’s sea-eagle makes its home, using its eagle-eyed vision to spot prey from seaside cliffs or tall trees. In 2006, the total population of Steller’s sea-eagles stood at only about 5,000—the birds fall prey to hunters despite the species having protected status throughout its range, and they also die from ingesting lead bullets in carcasses, the same threat that California condors face.

Little was known about the habits of these majestic sea-eagles, and the San Diego Zoo teamed up with researchers from Natural Research Ltd. and the Magadan State Nature Reserve in Siberia to study them. The project goal was to catch up young birds and fit them with GPS radio collars in order to track their movements, in order to see how they used their habitat and where they migrated. Data collected from tracking the birds would be compiled and studied over the next several years and used to inform conservation efforts.

A four-person team, including San Diego Zoo curator of birds Dave Rimlinger, seen here with one of the young birds, camped along rivers, inlets, and coastlines, traveling in a small, inflatable outboard motorboat and searching for Steller’s sea-eagle nests. Not only were the search expeditions rugged, cold work, but when the team spotted a nest, it was usually some 75 feet up in an evergreen tree. The team waited until the parents were absent, and then researcher Eugene Potapov had to climb the tree to get the chick—avoiding its razor-sharp beak and talons—bring the chick down in a backpack, fit it with the collar, and then climb back up to put the chick back in the nest! Truly valiant efforts to help save a vulnerable species.