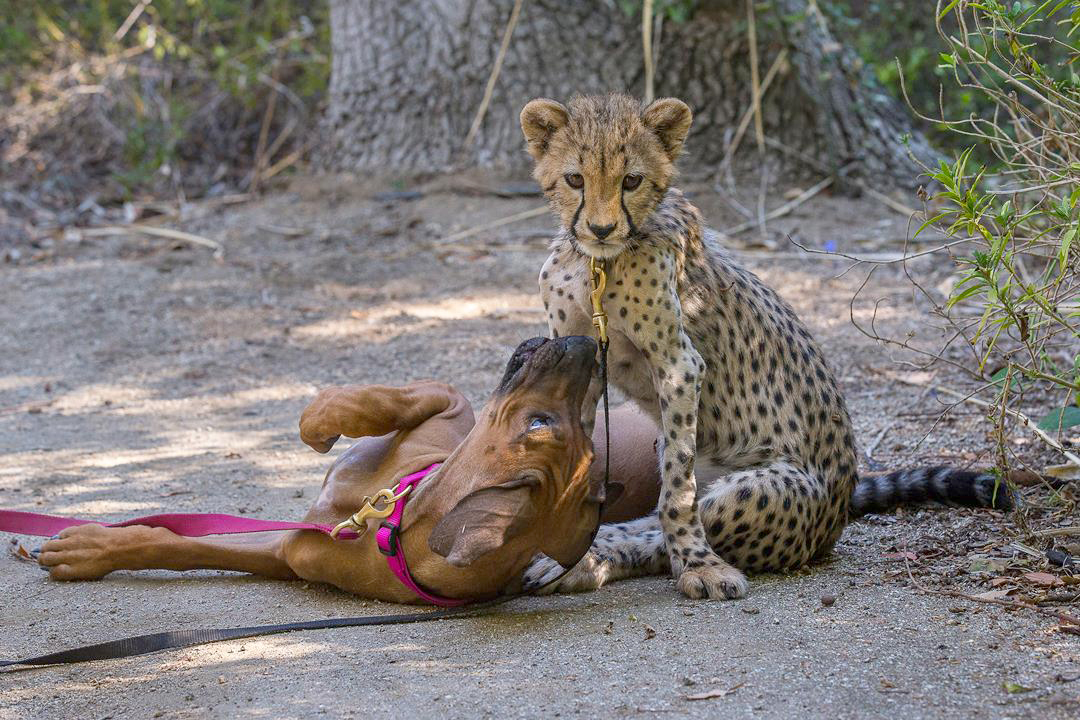 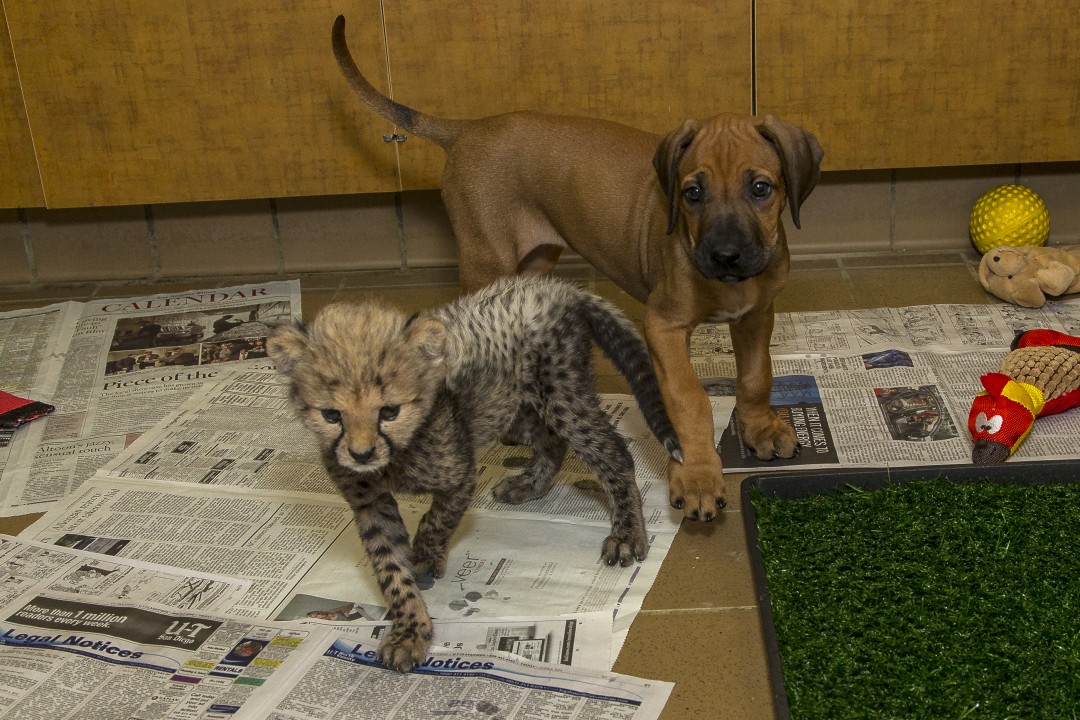 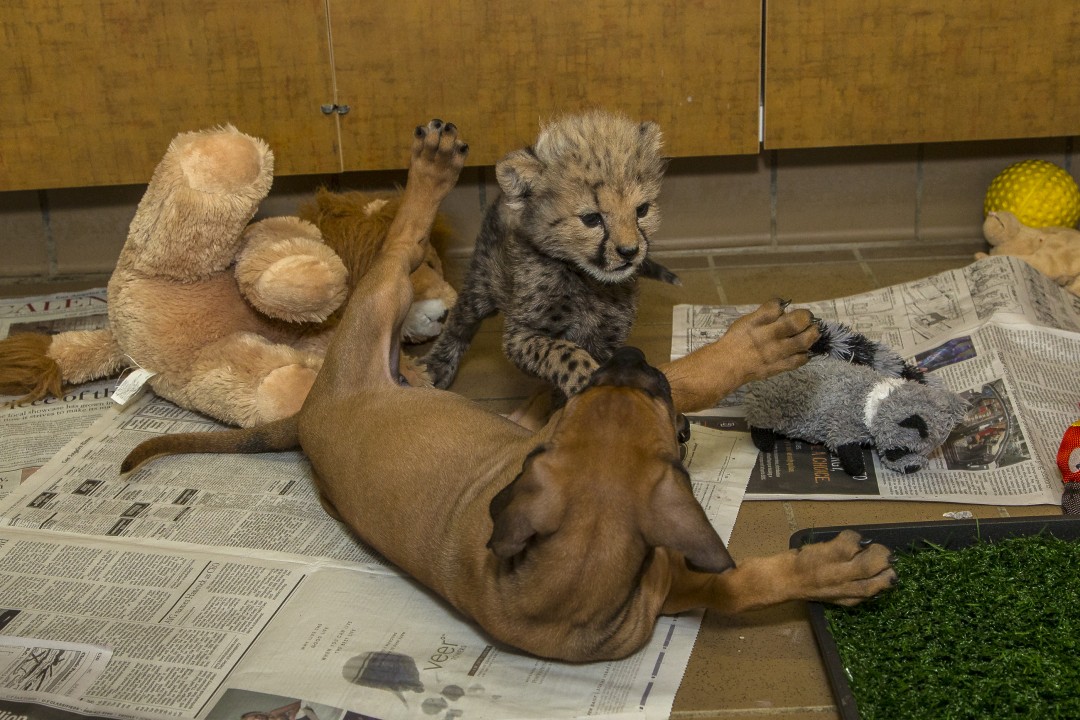 Pals through Thick and Thin

When Ruuxa the cheetah’s mother couldn’t take care of him, he was brought to the Safari Park’s Animal Care Center to be hand raised and become an animal ambassador. As with other cheetah ambassadors, the trainers set out to find a dog companion for him, and they came upon Raina, a female Rhodesian ridgeback puppy. When the two first met, it was exponential cuteness—and the photos and video on social media went viral. The adorable pair were instant celebrities, and thousands followed their story, asking for regular updates.

An exam when he was four months old showed that Ruuxa had a growth abnormality in his leg that would require surgery. When Ruuxa went to the Harter Veterinary Hospital, and during his recovery while wearing a cast, his pal Raina was right there to lend support, comfort, and companionship. Their fans kept up with them as well, impressed with the little cheetah that wouldn’t let some plaster get him down.

The surgery was successful, and Ruuxa healed up nicely. Since then, he and Raina have been growing like weeds, getting bigger and getting into everything! And they continue to get lots of “likes” on social media, too.