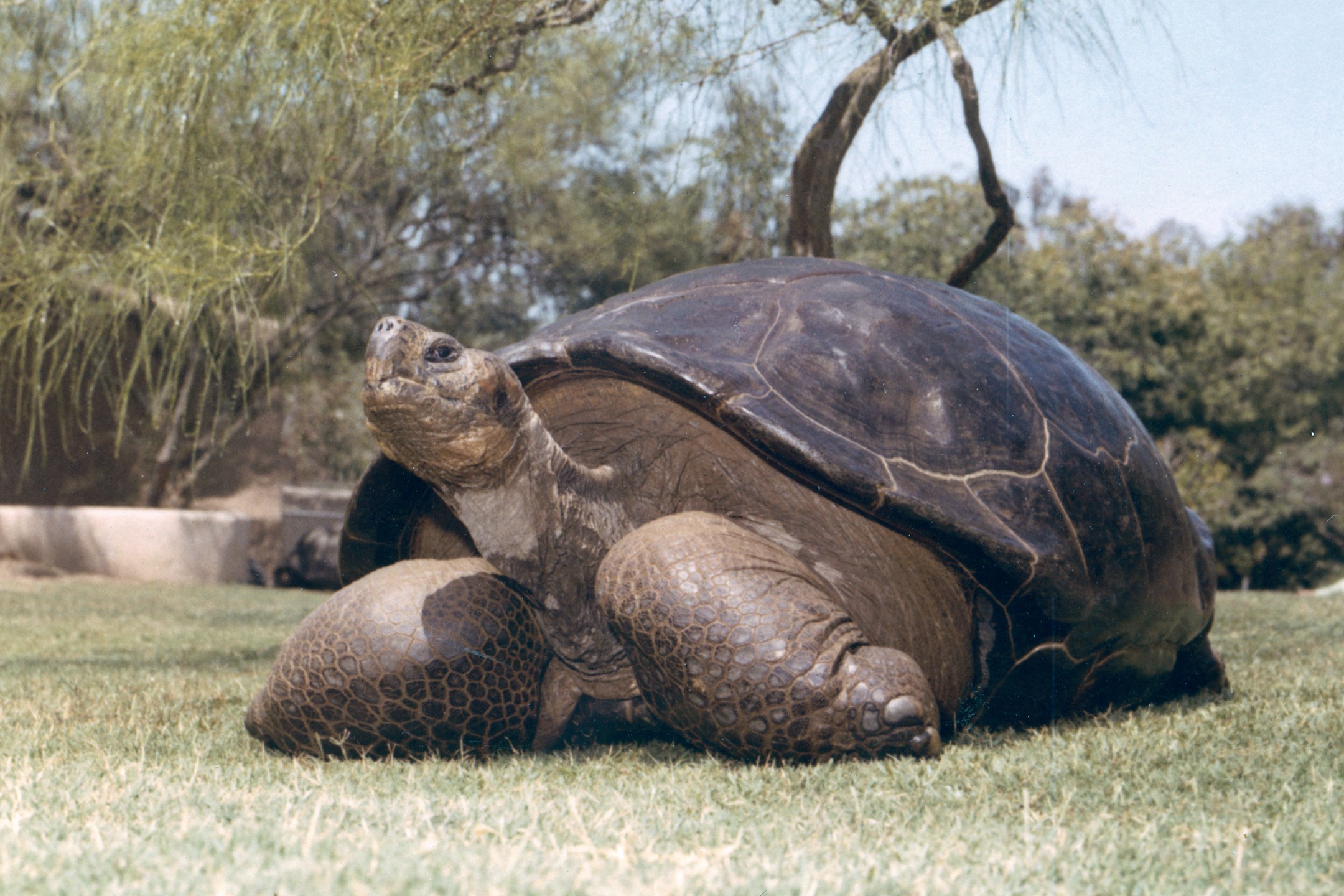 An expedition to South America in 1933 brought back the Zoo’s longest-lived resident: Speed, a Galápagos tortoise. His name was facetious of course, since he was already a full-sized adult weighing 475 pounds when he arrived and was not speedy at all. He would, however, amble his way into San Diego Zoo history.

The tortoises are given numbers for record-keeping purposes, and Speed wore the red (for male) number 5 on his shell, another indication of just how far back his history with the Zoo went. As tortoises do, he continued to grow over the years. In fact, he liked his greens and veggies so much that at one point he weighed over 600 pounds, and he had to go on a diet to reach a more tortoise-svelte 550 pounds. Like the rest of the herd, Speed was especially fond of foods that are red or orange, like tomatoes, watermelons, and pumpkins—in the wild, these colors indicate ripe fruit that the tortoises are attracted to. The reptile keepers provide the Zoo’s tortoise herd with these foods as treats on special occasions.

Speed was a friendly fellow with those who took the time to get to know him. He loved having his neck stroked and lightly scratched by the keepers, and when they were in the exhibit working, he’d make his way over to say hello and see what they were up to. Since he was at the Zoo for so long, “Old Number 5” developed quite a fan club over the years, becoming the Zoo’s most famous centenarian. He passed away in 2015, after being treated for a variety of age-related ailments. His keepers knew it was time to say goodbye when he just couldn’t get around anymore. But he’d had a good, long run—he was thought to be more than 150 years old.